DALLAS - The man accused of killing three police officers in Baton Rouge reportedly posted a number of rants on social media about the way police treat African Americans, including several he made in Dallas last week.

Gavin Long, 29, liked to talk and portrayed himself only in the most flattering terms. He seemed to see himself as a revolutionary, cultural commentator and sometimes even a self-help expert.

He had an active online presence under the name Cosmo Setepenra. He shared a recording that he said was made in Dallas after the deadly ambush shooting downtown.

"And I had already decided that I was coming to Dallas before the even police shooting already happened. So I was already decided, so I don’t know. I guess it’s just, you know, the spirits were just telling me it was the right place to come before," he said. “You know your rights, but then you gotta stand on your rights. It’s too parts to freedom. Knowing your rights doesn’t mean nothing in this world ran by devils.”

He went to at least two barber shops in Oak Cliff and handed out copies of a self-help book he wrote. He shot body camera video of both visits which show him ranting to the staff and customers about taking action and standing up for personal beliefs.

Chanattra Long, no relation to the shooter, is the owner of His and Her Barbershop in Wynnewood Village. She recalled Long coming into her shop.

He had like a white shirt on and he had on this like black necklace, but it wasn’t a necklace,” she said. “And then he had on an Ankh sign, which means life.

Barber Bryan Davis and his customer can be seen in Long's video. Davis had no idea they were being recorded

Davis says Long, who legally changed his name to Cosmo Setepenra after pledging allegiance to a sovereign citizen group, said his book, ‘The Way of the Cosmos,’ was about gaining knowledge.

“He said it’s not about this. He took out a lot of money. He said this is not real,” Davis recalled.

Davis said the customer then told Long, “If it’s not real, give it to me.”

“And then he stated, ‘No. It’s not you getting the money. I’m trying to give you the recipe on how to get money,’” the barber recalled. “And then that’s when he got a little bit louder. He took it up a couple of octaves.”

Chanattra said after he left her shop, she commented that something wasn’t right with him.

“I said mmm, The Way of The Cosmos. And then I told my shop that dude ain’t right,” she said.

Long also went to Classic Barbershop on South Polk before going to a third shop at Polk and Camp Wisdom. Long brought a box of books into Hurd's Barber Shop, announcing he was giving them away.

“I really thought he was a positive young man ‘cause he didn’t show no aspiration that he was that type of person that did what he did,” said Andre Hurd, owner of the barber shop.

He posted another rambling video from his Dallas hotel room advocating violent revolutions.

On Sunday July 10, Long was in Houston. His camera was rolling as he gave tried to give copies of his book away. He gave them away at a gas station and then in the Fifth Ward area of Houston.

In yet another video, Long mentions he was once part of the Nation of Islam, but repeatedly says he does not want to be associated with any organizations.

“And this is very important… I wanted to let y’all know ‘cause if anything happen with me, ‘cause I’m an alpha male. I stand up. I stand firm and I stand for mine… ‘til the end, ‘til the last day in this flesh,” he said.

Military records show Long served in the U.S. Marines for five years after high school. He was in Iraq from 2008 to 2009, achieved the rank of sergeant and received an honorable discharge.

On Sunday police officers went to the house he used to live in in Kansas City, Mo. to search for possible evidence, as well as details about his background, beliefs and affiliations.

His posts are now part of the police investigation. 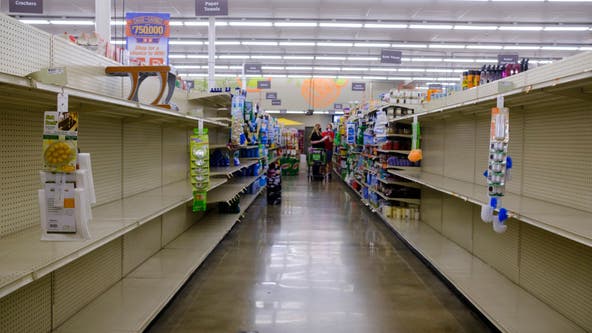