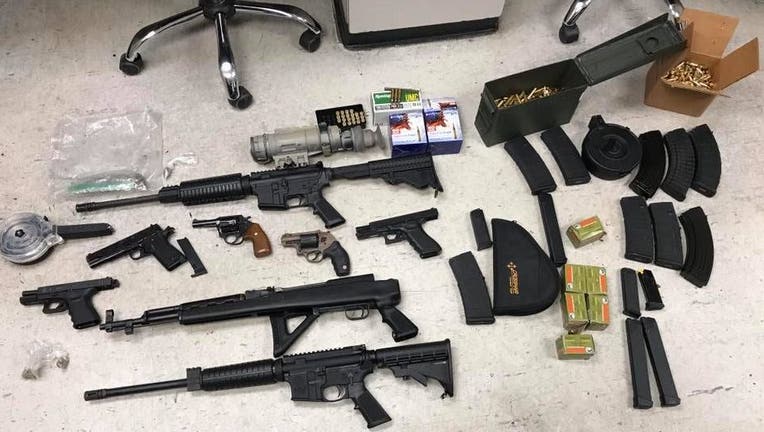 BALCH SPRINGS, Texas - In Balch Springs, police seized numerous firearms, ammunition and drugs from people they said were firing into the air on New Year’s Eve.

They found three suspects with several semi-automatic rifles, pistols and lots of ammunition.

All three were arrested.

Their identities have not yet been released.