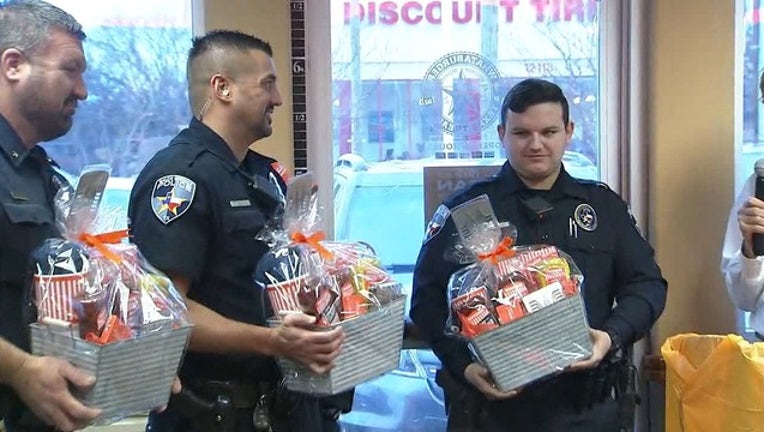 BALCH SPRINGS, Texas - Three Balch Springs police officers were recognized Thursday morning for helping rescue a woman and her son from a fire back in December.

Body camera video shows the three officers helping neighbors, but they discovered Keisha Sowels and her 8-year-old son, Kingston, were trapped in a second-floor apartment.

One of the officers tried to get into the apartment through the front door, but he was forced back by the smoke.

Officer Jones then threw his baton to break a window.

The 8-year-old jumped into the arms of the three officers waiting below. Keisha Sowels was able to escape using a ladder from firefighters.

"You really don't know what happens until you watch the body camera," he said. "You don't really think, you just kinda act what you're trained. What you can do to help other people."

Sowels, who wasn't able to attend the ceremony, said that after the rescue last month, she is forever grateful to the officers.