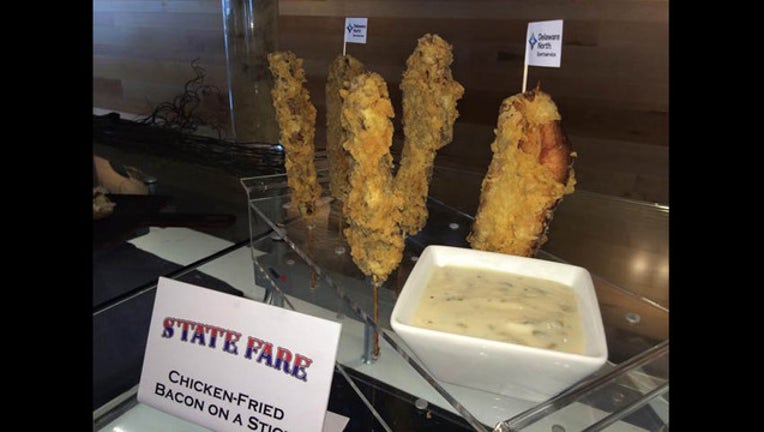 Expect more of the weird, bizarre and oversized when it comes to food at Texas Rangers games in 2015.

The club held a preview event Thursday for the new menu items, which will be available in different parts of Globe Life Park in Arlington when the season starts next week.

Pitcher Derek Holland, AKA the Dutch Oven, is the latest Rangers player to have a food item named after him. The Holland Hot Tot'cho is tater tots with chicken or steak, sauteed red and green bell peppers, pickled jalapeno, buffalo sauce and spicy queso hollandaise served in a tiny Dutch oven.

Some of the other new items include:

The home opener for the Rangers is on Friday, April 10 at 3 p.m. vs the Houston Astros.