Just hours after news broke of the death of teen pop star Aaron Carter, the Backstreet Boys paid tribute to him at their show in London.

Carter once opened for the iconic boy band in 1997, the same year his gold-selling debut self-titled album was released. Carter is also the younger brother of band member Nick Carter. 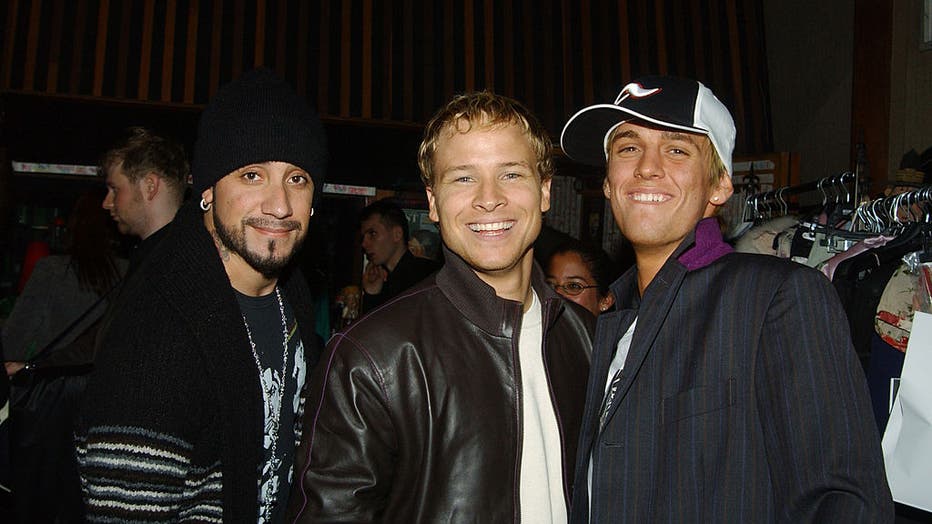 A.J. McClean and Brian Littrell of the Backstreet Boys and Aaron Carter (Photo by Amy Graves/WireImage)

Footage recorded from the concert shows the Backstreet Boys dedicating a song to Aaron Sunday night.

"We lost one of our family members yesterday. We just wanted to find a moment in our show to recognize him," Kevin Richardson can be heard saying as the crowd began to cheer.

"Nick’s little brother Aaron Carter passed away yesterday," he continued. "And, he’s a part of our family and we thank you guys for all the love, all your well wishes, and all your support."

In the video, Richardson mistakenly says Aaron was 43. He was 34.

"We’re all still in shock, I think that’s why they said accidentally said his wrong age…we could all (feel) his loss," Twitter user @Miniruks wrote when she shared the video.

As Richardson was speaking, Nick appeared to wipe his eyes with his hand as other members of the band walked over to hug him.

Another video shows a longer clip of Richardson speaking before dedicating the song to Aaron Carter. As Richardson was thanking fans for being with the band through "the ups and downs," fans were sharing their support for Nick, screaming, "We love you, Nick!"

The group then went on to sing one of their newer songs, "Breathe." The Backstreet Boys have been continuing their DNA world tour since the COVID-19 pandemic brought it to a halt in 2020.

Nick Carter posted about his brother’s death earlier in the day Sunday, sharing photos of the two through the years.

"My heart has been broken today," wrote Nick. "Even though my brother and I have had a complicated relationship, my love for him has never ever faded. I have always held onto the hope that he would somehow, someday want to walk a healthy path and eventually find the help that he so desperately needed." 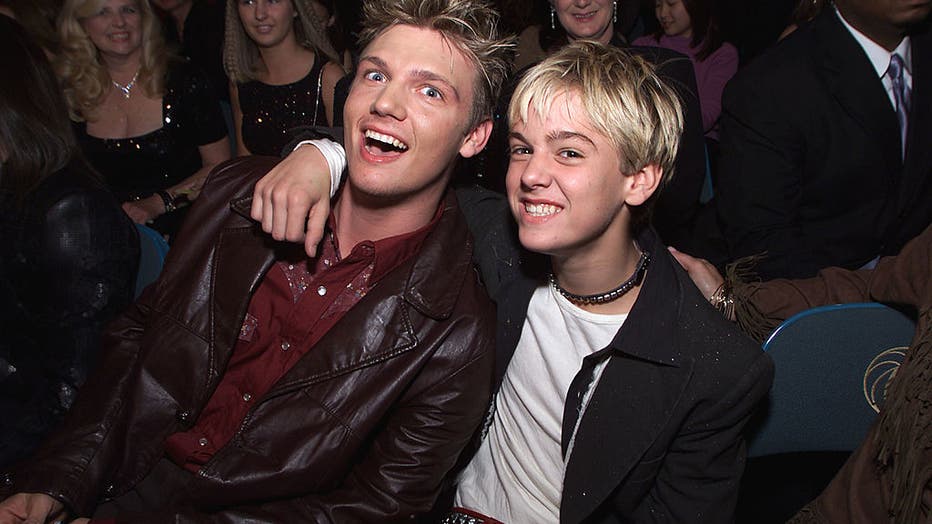 Carter had struggled with substance abuse and mental health. In 2017, he attended rehab and was arrested on suspicion of driving under the influence and marijuana charges. In 2019, Carter said on an episode of the talk show "The Doctors" that he was taking medication for acute anxiety, manic depression and multiple personality disorder. That same year, Nick and Angel, Aaron's twin sister, said they filed a restraining order against Aaron.

In September, Carter said he went into rehab for the fifth time in the hopes of regaining custody of his young son, Prince, with his fiancé Melanie Martin. At the time, Prince was under the court-ordered care of Martin's mother.

"Sometimes we want to blame someone or something for a loss. But the truth is that addiction and mental illness is the real villain here," Nick Carter wrote in the post. "I will miss my brother more than anyone will ever know. I love you Chizz, now you get a chance to finally have some peace you could never find here on earth. God, Please take care of my baby brother."

Details developing: singer Aaron Carter has died after apparently drowning at his Lancaster home Saturday morning, according to reports from TMZ.

Authorities said a house sitter found a man in the bathtub in the home and resuscitation efforts were unsuccessful.