Police are searching for a robbery suspect who shot a pregnant employee at the CVS on Mockingbird Lane early Saturday morning.

UNIVERSITY PARK, Texas - Police are searching for a robbery suspect who shot a pregnant employee at the CVS on Mockingbird Lane early Saturday morning.

According to police, the victim's baby was later delivered, and both are in "critical condition but stable."

According to University Park police, the masked suspect entered the store just after 6:30 a.m., and demanded money, before shooting the employee and fleeing from the store.

Officers responded to the CVS near Mockingbird and 75, by the SMU campus, and found the vicitim, who had been shot twice.

She was transported to a local hospital and immediately taken into surgery.  Police said they believe the woman is approximately 8 months pregnant, and her baby was later delivered. Both are said to be in "critical condition but stable," according to police.

There was another employee in the store at the time of the robbery, but they were not injured.

On a normal Saturday morning, the shopping center where the shooting happened is bustling with people, from nearby SMU students, to families. 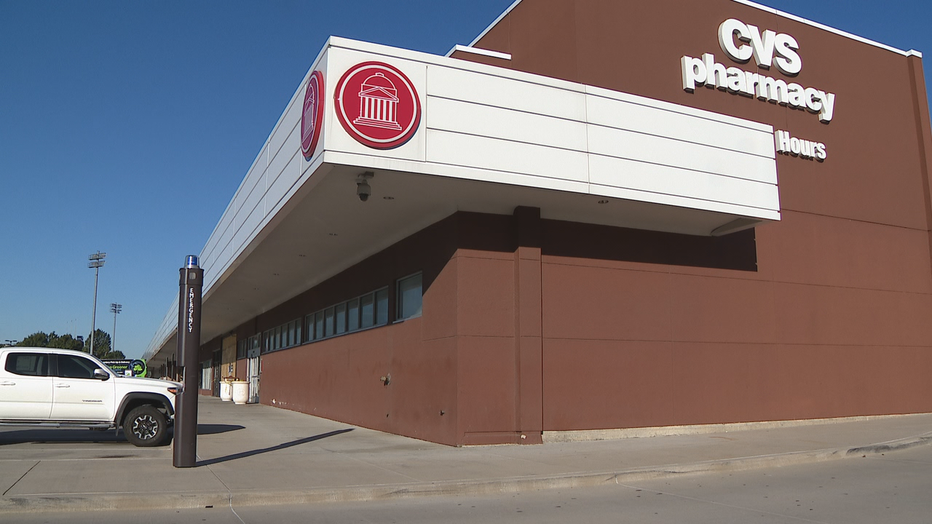 “I don't expect that to happen anywhere, especially not right down here in my neighborhood, and especially at the CVS I shop at all the time. Especially here on the SMU campus, it's very tragic. It's very scary,” said Alexis Collard, who lives in University Park.

Only the two employees were inside the store at the time of the armed robbery.

Investigators were able to recover surveillance video from inside the store and around the shopping center.

“We think it's a male, about 6 feet tall. He was wearing dark, heavy winter clothing, had a hood on, and also some type of facial covering,” University Park Police Department Assistant Chief Jim Savage said.

CVS has not released the employee's name, but say their thoughts are with her and they are cooperating with the investigation.

An email alert went out to SMU students, warning them about the suspect.

“If it was another morning, I know you and I go to CVS every morning to get stuff, this is where we are all the time, so it's really scary it happened so close to us,” SMU student Angela Braun said.

“I cannot believe how cold of a person that must've been to shoot a pregnant woman twice,” Collard added.

Police are currently reviewing surveillance footage and are expected to release images soon.