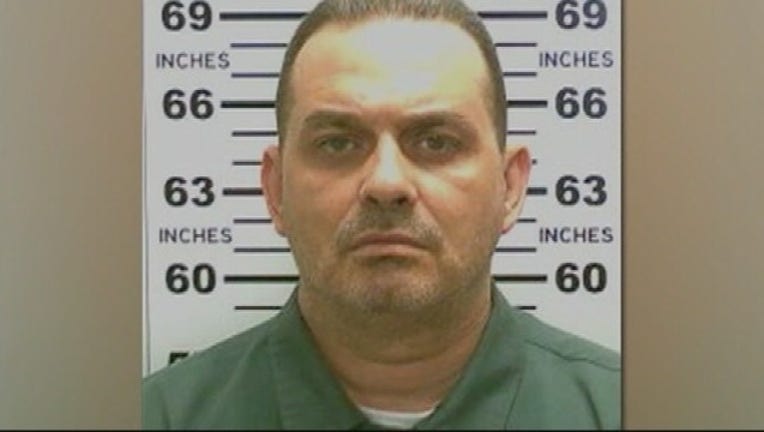 An escaped inmate was in surprisingly good shape for a man who spent three weeks on the run in the woods of upstate New York -- well-fed, clean and dressed for the elements -- before he was killed by authorities, a coroner said Sunday.

Richard Matt, one of two convicted murderers who broke out of a maximum-security prison near the Canadian border, was shot three times in the head when he was confronted by authorities on Friday, according to autopsy results released by police.

Hundreds of law enforcement officers continued searching for the slain inmate's escape partner, David Sweat, slowly making their way through the dense and boggy forests dotted with hunting cabins that had apparently been the duo's source of food, shelter and -- for Matt, at least -- a weapon.

Matt was carrying a 20-gauge shotgun when he was shot during an encounter with border patrol agents about 30 miles west of the prison he escaped from with Sweat on June 6, authorities said. Matt -- who once vowed never to be taken alive --died from severe skull fractures and brain injuries, according to an autopsy.

Authorities expressed hope that Sweat, now on his own, would be captured after finally succumbing to the stress of little sleep, scant food and biting bugs.

But a coroner who attended Matt's autopsy told The Associated Press that Sweat's fellow escapee had been eating and drinking well during his time on the run and was protected from the elements by heavy boots, camouflage pants and a dark green jacket.

Matt may have even showered and shaved at some point, according to Franklin County Coroner Brian Langdon, who was present for the autopsy.

"He looked clean and well-kept," Langdon said. "He wasn't sleeping in any cave or anything like that for three weeks, that's for sure."

The autopsy found Matt did have bug bites on his legs, blisters and minor abrasions that would be expected for someone who had been living in the woods, police said.

Langdon said the contents of Matt's stomach would be analyzed and said he couldn't speculate about when or what Matt's last meal had been. Toxicology reports expected in a couple of weeks would show whether there was alcohol in his system, he said.

"I would say he was in very good condition, physically," Langdon said.

The manhunt broke open Friday afternoon when a person towing a camper heard a loud noise and thought a tire had blown. Finding there was no flat, the driver drove eight miles before looking again and finding a bullet hole in the trailer. A tactical team responding to the scene of the shot smelled gunpowder inside a cabin and saw evidence that someone had fled out the back door.

A noise -- perhaps a cough -- ultimately did Matt in. A border patrol team discovered Matt, who was shot after failing to heed a command to raise his hands.

Matt, who turned 49 the day before he died, was serving 25 years to life for the killing and dismemberment of his former boss.

Sweat, 35, was serving a sentence of life without parole in the killing of a sheriff's deputy in Broome County in 2002. Investigators believe he may also be armed.

Matt and Sweat used power tools to saw through a steel cell wall and several steel steam pipes, bashed a hole through a 2-foot-thick brick wall, squirmed through pipes and emerged from a manhole outside the prison. Two prison workers have been charged.

While there have been no confirmed sightings of Sweat, police said investigators saw a second set of tracks near where Matt was shot.