Dozens of homicide cases in Tarrant County are in jeopardy after the Tarrant County medical examiner learned one of his coroners made dozens of mistakes. And that's just last year.

FORT WORTH, Texas - Dozens of homicide cases in Tarrant County are in jeopardy after the Tarrant County medical examiner learned one of his coroners made dozens of mistakes. And that's just last year.

Dr. Marc Krouse was suspended from performing autopsies in homicide cases last year after the first mistakes were found. He’s now fully suspended and is expected to leave the Tarrant County Medical Examiner’s Office permanently after more than 40 years on the job. 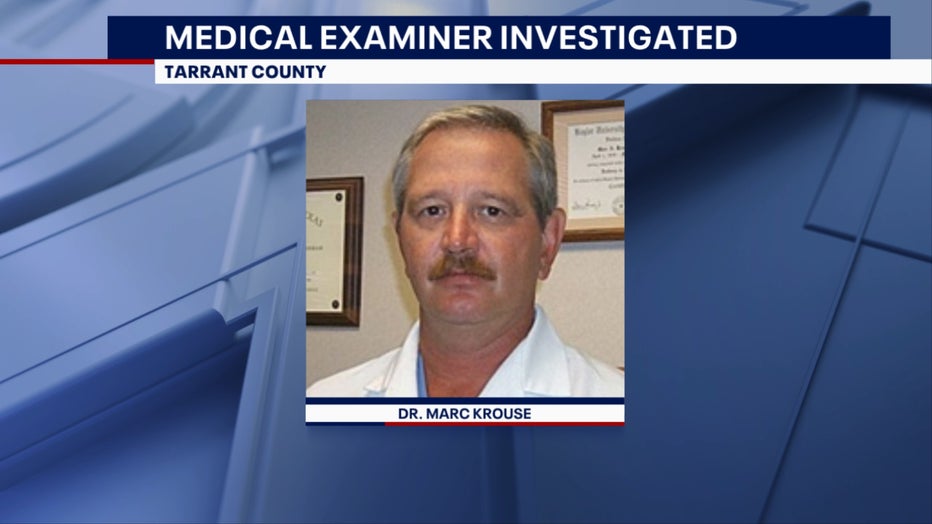 Defense attorney Benson Varghese received the audit on Tuesday and says Krouse performed an autopsy in one of his firm’s pending homicide cases.

"It was extremely concerning at every possible level," he said.

The audit performed by Chief Medical Examiner Dr. Nizam Peerwani was prompted over concerns about the autopsy of 19-year-old Alfredo Olivares Jr., who was shot and killed in September. Krouse had missed a second bullet in the body. He later had to be exhumed.

"It’s not just that he missed it," Varghese said. "He was not doing his due diligence in obtaining and reviewing the materials that he’s supposed to as a part of his job."

On November 9, Krouse was suspended from performing autopsies on homicide cases.  Just 10 days later, a judge ordered that the body of 57-year-old Jose Moreno be exhumed over concerns of the cause of his death. Again, Krouse had failed to identify and remove a bullet.

"If you imagine what that does to a family who’s lost a family member, and now realizes there’s a court order to exhume a body because someone made a mistake," Varghese said.

The audit reviewed autopsies performed by Krouse between January and November of 2020 and found many more errors.

The Dallas County District Attorney’s Office told FOX4 it is conducting an independent review of Krouse’s work but wouldn't comment any further.

"What that tells us is that Tarrant County, the district attorney’s office has likely recused themselves from this investigation and potentially any investigation arising out of it.," Varghese said.

The Tarrant County Medical Examiner’s report said in most cases it reviewed, the mistakes did not necessarily impact the cause of death issued. But it says the mistakes did show a demonstrated lack of due diligence.