to honor Atatiana and her father

Jefferson was shot and killed while inside her home by a now-fired Fort Worth police officer in October 2019.

Her father died less than a month later, and her mother also died in January.

On what would've been the weekend of Marquis Jefferson's 59th birthday, family and friends gathered to honor Jefferson and his daughter, Atatiana.

Both died within a month of each other.

“Let's not allow tragedy to be the thing that moves us,” said Bruce Carter, spokesman for the Jefferson family. “Let's wake up and move because moving needs to take place.”

Atatiana was fatally shot when a former Fort Worth officer investigating an “open structure” call at her home shot and killed her.

In the weeks after her death, her father started a foundation in his daughter's name to encourage and support young black women like Atatiana who are pursuing careers in healthcare.

“Many, many difficult, challenging days,” Marquis’ widow, Noella Jefferson, said. “Remembering, thinking, processing, but each day gets a little easier when I think of the legacy and the things we must do going forward.”

Marquis died the month after he buried his daughter.

Now, his family hopes to honor both their legacies through the Atatiana Jefferson Foundation, aiming to also mentor youth and feed the homeless, two of Marquis' passions. 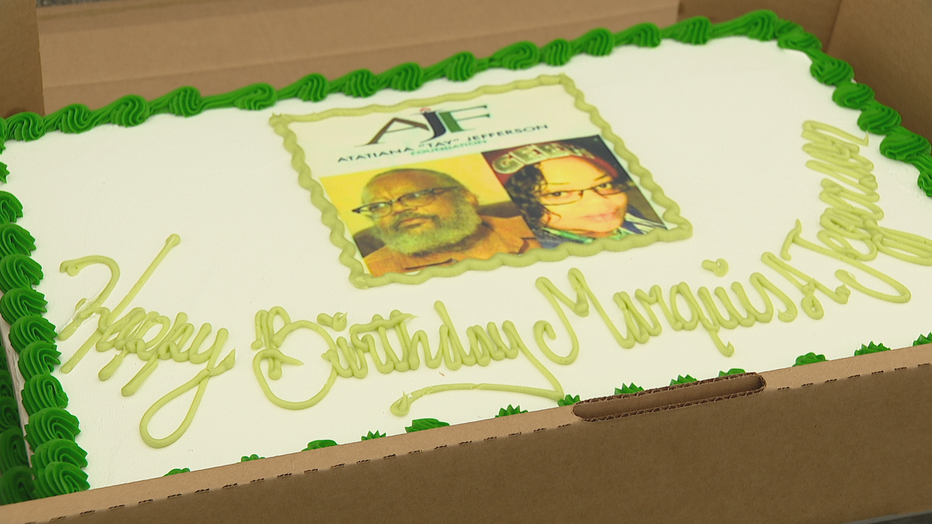 “Meeting people, meeting them where they are, meeting their needs, and it was his passion and compassion and love for others that he wanted to continue to do this,” Noella added.

Family members said he was a math teacher who tutored students at the local library and drove around offering meals to the homeless.

“I hope my brother would be proud of me because I promised him that I would carry on his work, look after the homeless people and educate the community, educate kids, give them the opportunity to be whatever they wanted to be,” Marquis’ brother, Lapaca Jefferson, said.