A brutal attack caught on a security camera has shocked the city. The NYPD is investigating the incident in which a man shoves, punches and kicks an Asian American woman in front of a luxury apartment building.

NEW YORK - A 65-year-old Asian woman was kicked in the stomach and repeatedly stomped on as building workers in Hell's Kitchen stood by, said the NYPD.

Police shared a video of the disturbing incident, which took place Monday at about 11:40 a.m. in front of 360 West 43 Street.

The surveillance video from inside the building shows the woman pass the front entrance when a man suddenly kicks her in her stomach. She falls to the ground when the assailant stomps on her head three times while hurling anti-Asian statements, added cops.

A man inside the building lobby seemingly stopped what he was doing to watch the assault and later two more men wearing blazers walk into the frame and one of them closes the door as the woman was on the ground.

A 65-year-old Asian woman was thrown to the ground and repeatedly stomped on by a man outside a Hell's Kitchen building, said police.

RELATED: Vicious beating of man on subway under investigation by Hate Crimes unit

The assailant casually walked away, the footage showed.

According to the real estate website Street Easy, Brodsky Organization is the property developer and manager of the building where the incident took place.

On Brodsky's Instagram account, the group said they were aware of the incident and the staff who witnessed the account were suspended pending an investigation. The organization also said they were working to identify a third-party delivery vendor who was also present during the assault.

The woman was hospitalized with serious injuries.

The NYPD's Hate Crime Task Force is investigating the incident and has asked anyone with information to contact the department.

NYPD says there have been 33 hate crimes with an Asian victim so far this year, news outlets reported.

Police Commissioner Dermot Shea previously said the department would increase its outreach and patrols in predominantly Asian communities amid the spike of anti-Asian hate crimes.

In a warning to would-be attackers, Shea said: "The next person you target, whether it's through speech, menacing activity or anything else, walking along a sidewalk or on a train platform, may be a plainclothes New York City police officer. So think twice."

According to a report from Stop AAPI Hate, over 3,795 incidents were reported to the organization from March 19, 2020, to February 28, 2021. The organization said that number is "only a fraction of the number of hate incidents that actually occur." 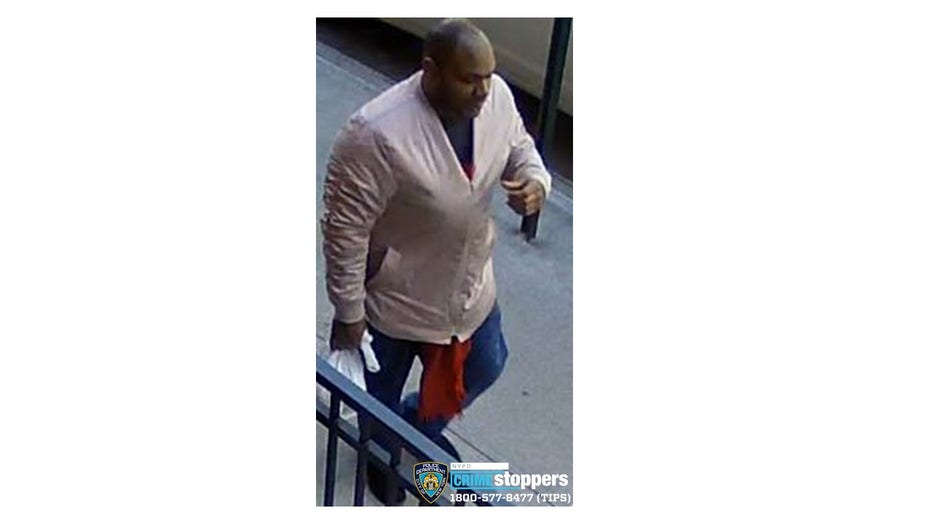 The NYPD wants to find the man seen in this photo. He kicked and stomped on the head of an Asian woman in Hell's Kitchen. (NYPD)

With The Associated Press