The Texas Workforce Commission and state lawmakers are beginning discussions about when the state should require the unemployed to start looking for work again.

DALLAS - The Texas Workforce Commission and state lawmakers are beginning discussions about when the state should require the unemployed to start looking for work again.

It's a move economists say will be necessary to open up the economy. But some are concerned the requirement will happen too soon.

Angenette Johnson, a single mom, is one of the record number of North Texans on unemployment. Her daughter, Aveah, suffers from severe asthma and a lung ailment, making her at risk of complications if she contracts COVID-19.

“Every time she does get sick with a common cold, she ends up in the hospital. Turns into pneumonia,” Johnson said.

Johnson was a shift manager at a restaurant. She says when the state requires it, she will look for work. But with her daughter’s daycare still closed and those health considerations, she hopes the TWC will take situations like hers into account.

A private conversation Thursday between TWC’s executive director and lawmakers was leaked to the media.  During the conversation, officials were contemplating requiring those receiving unemployment benefits to start looking for work May 18.

On Friday, TWC worked to reassure the public.

“At this time, we do not have a date set for reinstating the work search requirements,” said Cisco Gamez with the TWC. “When that happens, we will give you plenty of notice. At a minimum, two weeks notice.”

SMU Economist Mike Davis says it will be necessary for the state to once again require people to look for work when it is safe to work.

“This economy can't survive in any way we want it to be if we have that level of unemployment,” he said.

Davis believes the majority of people will not mind the requirement.

“I think most people want to go back to work. You may not love your job every day. You get up in the morning. It’s not fun,” he said. “But I think most people prefer to be doing something than nothing. I'm not worried about this requirement.” 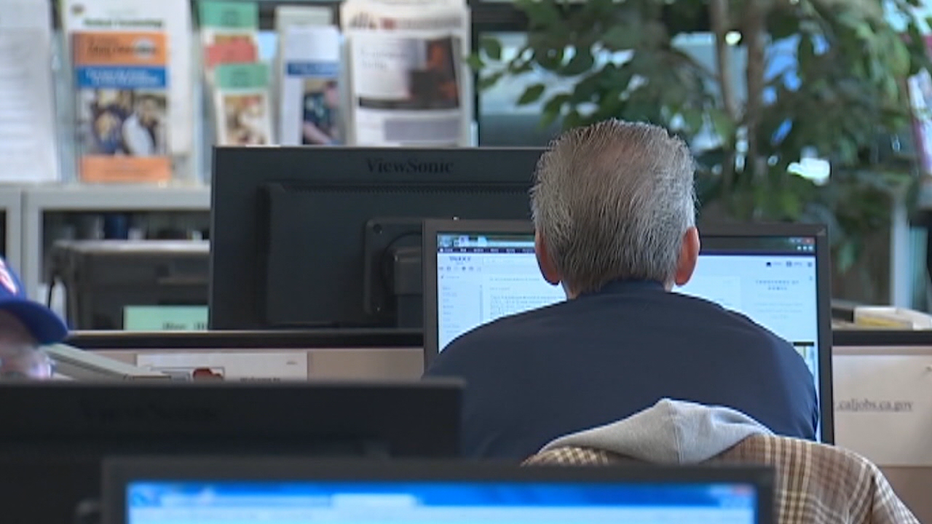 But Davis is concerned that the additional $600 federal dollars a week for those who are unemployed creates a disincentive to go back to work.

According to an analysis by the New York Times, Texans are, on average, earning more while not working than they would be working at businesses that have only partially reopened.

“We get up in the morning, get our kids breakfast, and go to work,” Davis said. “If that is not happening anymore, we live in a strange and frankly unpleasant world.”

A spokesman for the TWC says the decision about when to re-instate the search for work requirement will be made by the TWC commissioners with input from the governor.

There are 480,000 jobs available in the state right now at workintexas.com.