Arson investigators are probing a fire Sunday inside the headquarters of Wisconsin Family Action, where someone spray-painted a message outside the building.

MADISON, Wis. - A threat of more violence to come? Arsonists torched the offices of a Wisconsin group that opposes abortion. Both sides are calling out the vandalism.

The debate over abortion rights has turned to violence.

Far from veiled, the president of Wisconsin Family Action calls the message clear. In graffiti on the wall outside, the message reads: "If abortions aren’t safe, then you aren’t either."

All around Appling’s office, you’ll find the remnants of what she says is unproductive anger. 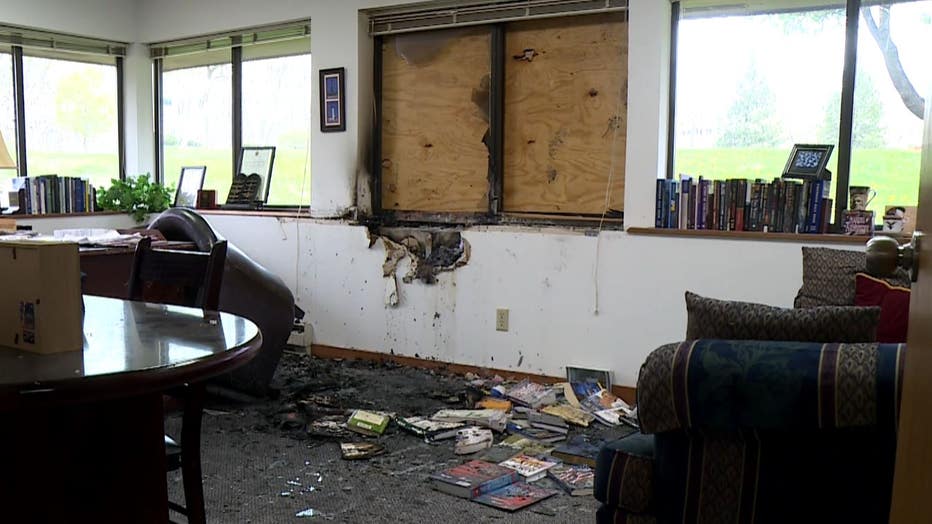 .
"What you’re seeing around me now, this isn’t the answer to anything," said Appling.

You could smell it, too.

"Being in this room for a long time, it gets to you," said Appling.

Madison police say someone threw a Molotov cocktail inside the building, and someone spotted flames in the building near the airport just after 6 a.m.

Appling says it’s fortunate their space was empty, but now, she’s angry, too.

"I’m very sad for them that they’re so angry and don’t have more productive ways to spend their time and energy rather than trying to harm us," said Appling.

In addition to Madison police and fire, federal agencies are also investigating.

"Violence is not the answer," said Appling. 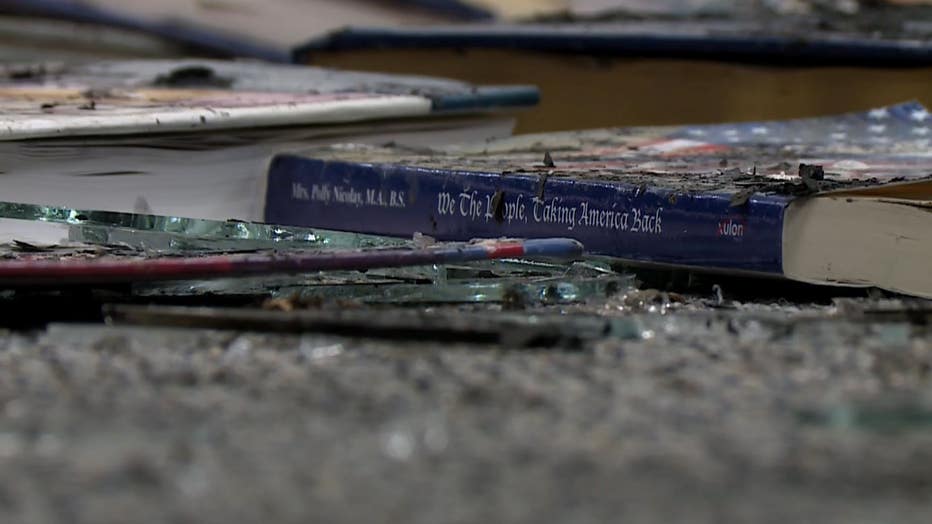 That’s where many are finding common ground.

In a statement, the president of Planned Parenthood of Wisconsin said, "Our work to protect continued access to reproductive care is rooted in love. We condemn all forms of violence and hatred within our communities."

Appling had a message of her own to send:

"We’ve got to find different ways to answer these questions and deal with anger," said Appling.

Going forward, Wisconsin Family Action will be dealing with insurance and deciding whether to up security.

In a tweet Sunday, Governor Evers said violence is not the way forward, and that he will work against overturning Roe v. Wade with empathy and compassion.