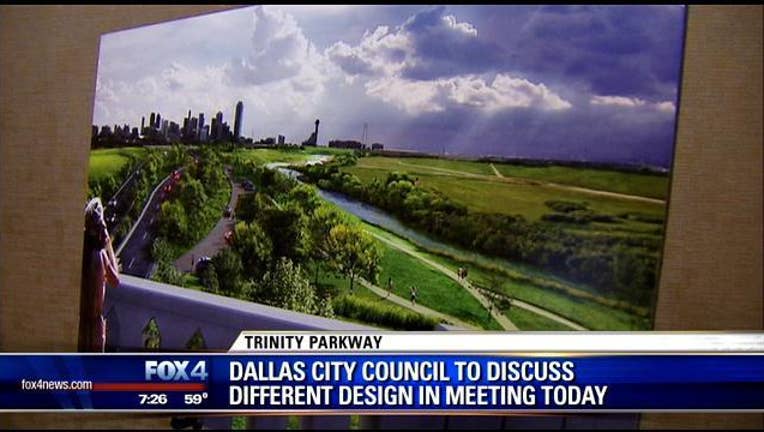 A decision by the Army Corps of Engineers has cleared the way for Dallas to pursue federal funding for the Trinity River corridor with plans for parks and improved levees.

The city has been working since the mid-1990s to secure approval and funding for a $572 million project to transform the river corridor by enhancing flood protection, providing a reliever path for downtown highways and creating recreational activities.

Army engineers essentially authorized Dallas to move forward with the project Monday after concluding there were no environmental or hydrological concerns. The "record of decision" also provided the required clearance for Congress to appropriate money for the project.

"I don't think we were particularly worried about it, but it's extremely significant," said Dallas City Councilman Lee Kleinman, vice chair of the council's Transportation and Trinity River Project Committee. "This enables us to build the parks and the lakes . all of this."

James Frisinger, a spokesman for the Fort Worth regional office of the Corps of Engineers, agreed that the approval is a significant milestone. He said the city has spent several years evaluating the city's plans to determine if they have economic value and can be carried out in an environmentally sound way.

"We've now done that to the satisfaction of our people," Frisinger said.

A cost-sharing arrangement for the corridor project calls for 65 percent federal money, which must come through Congressional appropriations, and 35 percent city money.

The river corridor decision won't affect the controversial Trinity Parkway proposal to build a toll road within the river's levees.