Police say the suspect was shot after pointing a handgun at an officer during a foot chase. Several witnesses say they heard or saw what happened.

The shooting happened just before 10 a.m. near Kramer and West Davis streets.

Police say the officer pulled the car over because the plates on the grey Nissan Sentra didn't come back to that car, and one person got out and ran.

Just a couple houses down, a couple was headed to the grocery store when they saw the young man police were chasing coming their way.

One witness didn't want her face shown but said it looked like the young man was already injured when he ran towards them.

“His face was very white, and he looked like he was walking in slow motion,” the witness said.

The witness said she saw him jump the fence and heard a gunshot a few moments later. Police have not said at one point in the foot chase the suspect was shot.

“I just turned around because I don't want to see it,” the witness said. “I started to pray for him. Then I turned around again, and I said you didn't have to do that.”

Surveillance video shows the suspect running from police, gripping the pocket of his shorts, before busting into Ramirez Auto Shop.

The mechanic from the shop didn’t speak much English but said he thought the suspect had a weapon because of how he held his shorts.

The suspect was taken to the hospital and later died.

Police are still looking for the car and the others inside.

The woman that spoke to FOX 4 was among the witnesses police have interviewed.

“I didn't see the boy turn around or point his gun or something,” the witness said.

A nearby business and at least one home do have surveillance cameras that may have caught part of the shooting. Police have already taken that video.

The officer involved in the shooting did not have a body camera, Dallas police said. 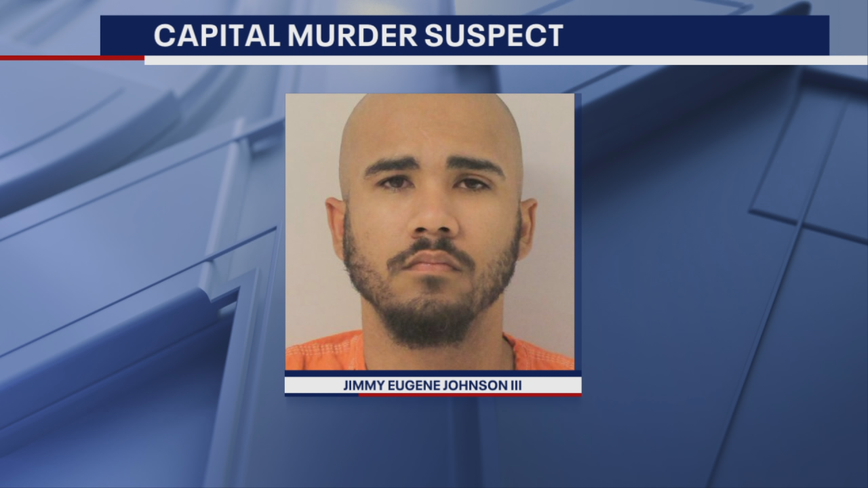