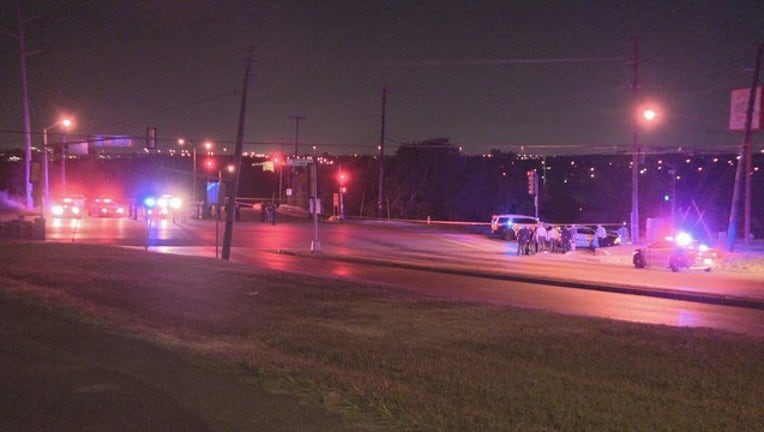 The officers were responding to a call about a man waving a gun at the intersection of S. Lancaster Road and Simpson Stuart Road, in Southeast Oak Cliff, around 10 p.m.

Police say the man fired his gun, and that's when officers returned fire, striking the man. He was taken to a hospital, where he was pronounced dead.

His name has not been released.

No officers were hurt, and it's not yet known how many officers fired their weapon.

Police are continuing to investigate the shooting.