His comments come days after a student brought a fake gun to Lamar High School.

Having replicas is not against the law, but the chief says imitation firearms do not have a place in our schools.

Is it a gun? Or a toy that looks like one? 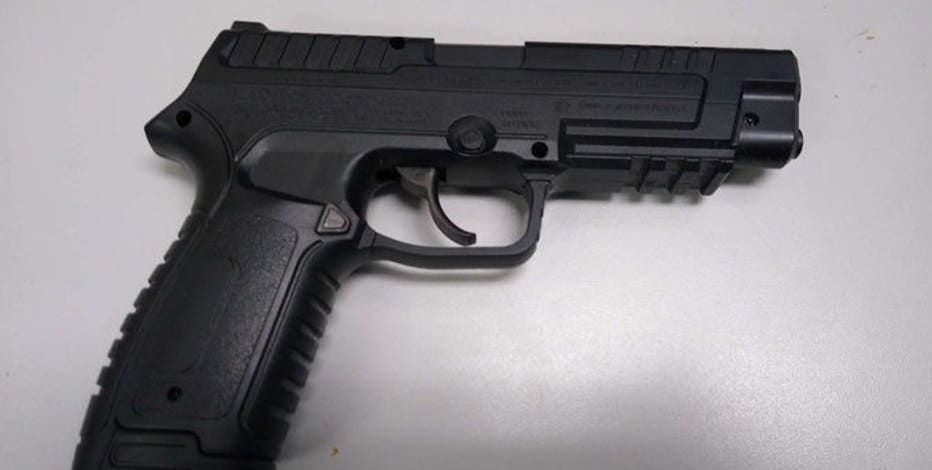 Police say the 15-year old from Lamar High School was overheard telling another student that they had a gun in their backpack.

"As we're focusing on our own actions and trying to reduce the number of force incidents that we're involved in, we need help in removing these from the equation,” Arlington Police Chief Will Johnson said.

Johnson says the question itself - fake or real - should never be the split second debate for an officer, but all too often, it is.

At Lamar High School on Monday, a replica of a 9mm pistol was confiscated after a 15-year-old was overheard telling another student he had a gun in his backpack.

“Those cops that responded to Lamar, they were needed elsewhere. I don't have enough cops to run down every time somebody pulls out an airsoft gun and address whether that was a crime or not,” Johnson added.

The chief wants broader accountability, from the gun makers who sell their schematics to toy companies, to lawmakers - noting that it is currently not a crime to possess a replica of a gun, even on a school campus.

The chief says that in 2018, his officers responded to roughly 15 fake gun incidents, including one that led to lockdowns at three Arlington schools.

“There's no amount of training, there’s no amount of discussion, no amount of recognition that a police officer can have about making a split second decision about whether they're being confronted with a functioning deadly weapon or some kind of replica piece of plastic,” Johnson said.