The district met Thursday about what the future looks like as COVID-19 cases rise.

Meanwhile, Dallas ISD, the largest district in North Texas, says there are no plans to revert back to virtual.

A band lesson isn’t the same when it’s done virtually, but Dallas ISD 8th grader Jackson Kern is giving it his best shot.

“For the older students, I think it just got rolling and they just jumped back in,” Mathews said.

Jackson’s sister, Charlotte, is learning in-person. Their mother doesn’t believe virtual learning will provide much benefit for a pre-K student.

Dallas ISD held a board meeting Thursday. COVID-19-related conversations were not on the agenda, but staff issued a statement earlier in the day saying: “Dallas ISD is staying the course, offering the options of virtual and on-campus instruction.”

Dallas ISD is currently reporting 405 cases of COVID-19 among students and staff. 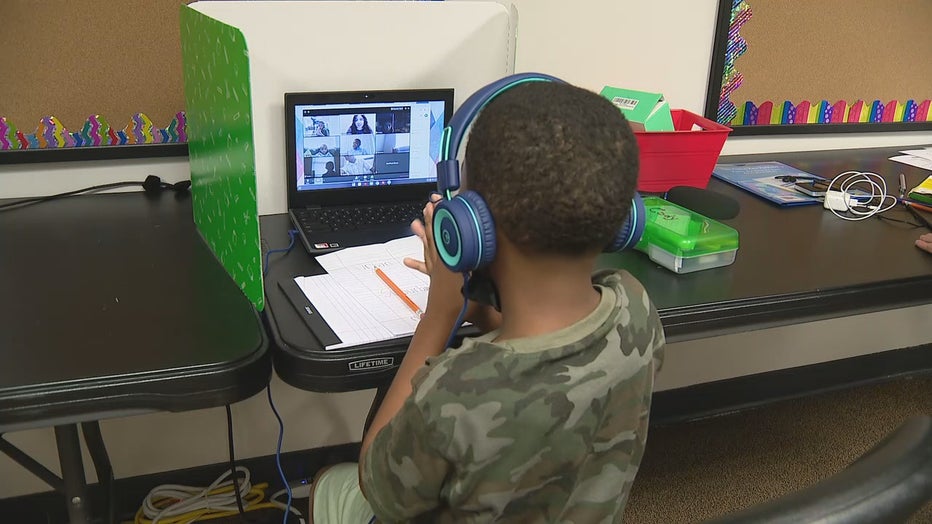 It’s a large jump from this time last year.

“Getting the kids up to passing has got to be our most important goal at this moment,” said Arlington ISD Trustee Polly Walton.

For now, Arlington ISD has the option for in-person or virtual learning with more than half in the classroom.

Arlington ISD Superintendent Dr. Marcelo Cavazos discussed what may happen if there’s an uncontrolled outbreak at a school.

Mathews knows virtual isn’t ideal, but she understands so many factors weigh the decisions of families.