Arlington city leaders vote to end Pedicab use near stadiums

Arlington city leaders voted to do away with a Pedicab program that’s popular with people who go to Rangers and Cowboys games.

ARLINGTON, Texas - Arlington city leaders voted to do away with a Pedicab program that’s popular with people who go to Rangers and Cowboys games.

The city cited traffic and safety concerns, but Pedicab operators say they've followed the rules set by the city. They say people will lose their jobs.

Tuesday’s ordinance passed unanimously, meaning Pedicabs will be soon not be allowed within the city of Arlington.

City leaders cited complaints from residents as well as the Rangers and the Cowboys.

Also known as bicycle cabs, Pedicabs have been allowed to operate on game days in the entertainment district for about a decade. 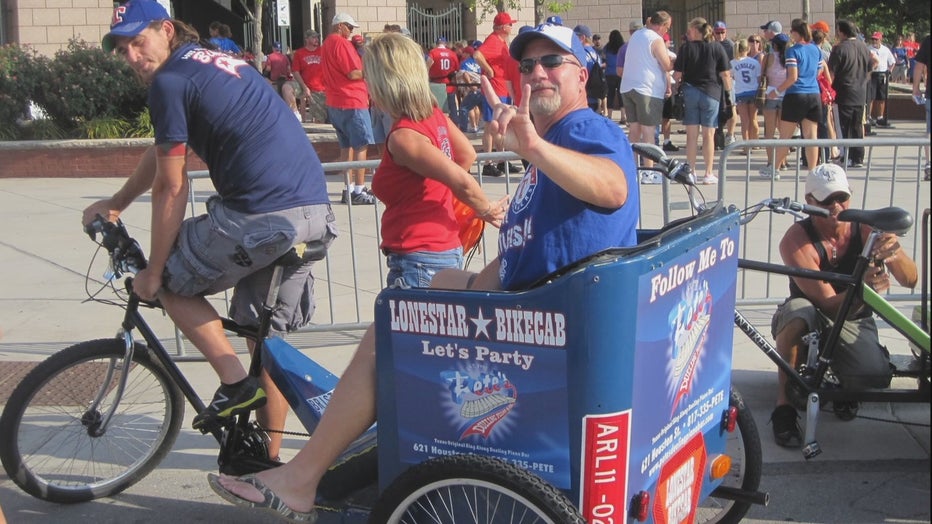 Chris Robertson works for six different Pedicab companies. He manages 24 of the 40 Pedicab bikes allowed in the city.

“It’s an alternative to walking that is enjoyable experience,” Robertson said. “We’re moving people from venue to vehicle at the end of the day at a much higher rate of speed than walking and facilitating the safe exiting of people.”

“Some of the concerns include overloading vehicles, dropping off in restricted locations, riding between cars and riding on sidewalks and then there were constant reports of inappropriate behavior,” Brooks said.

Last month, Mayor Pro Tem Robert Shepard said he was concerned about the conduct of some of the drivers.

“We’ve struggled to get what I would call mature people operating the Pedicab,” he said.

Over the last five years, the city has issued 79 citations for Pedicab violations. But Robertson says considering Pedicabs operate during roughly 100 days per year, he calls it a successful system.

On Tuesday night, six speakers spoke out against eliminating Pedicabs and NEVs. Many of them were people who fear they may lose their jobs.

“If we lose this, we’re losing a big chunk of our income for our business,” Robertson said.

As of March 1, Pedicabs will not be allowed to operate in the city. But the council has agreed to look at a new approach to allowing Pedicabs in the future.