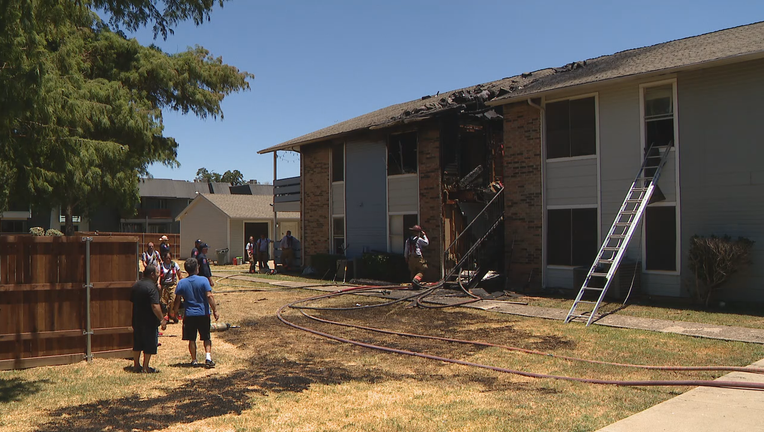 Three of those people jumped from the second floor to escape the flames.

The fourth injury was a firefighter due to heat.

With temperatures near triple digits at the time of the fire, the Arlington Fire Department said they take the safety of the victims and firefighters seriously.

"Early through the call, we called for a rehab unit. It’s a unit that’s able to come out hydrate our guys, give them IVs and cool them down, and we have medics on standby. That is not just for victims, but also  firefighters," Arlington Fire Department Deputy Fire Chief Pedro Arevalo explained.

Officials said three units were burned, and there are as many as four to eight families displaced due to the fire.