The Equality Act amends existing civil rights law to explicitly include sexual orientation and gender identification as protected characteristics. The protections would extend to employment, housing, loan applications, education, public accommodations and other areas. Supporters say the law before the House on Thursday is long overdue and would ensure that every person is treated equally under the law.

LITTLE ROCK, Ark. (AP) - Arkansas Gov. Asa Hutchinson on Monday vetoed legislation that would have made his state the first to ban gender confirming treatments or surgery for transgender youth.

The Republican governor rejected legislation that would have prohibited doctors from providing gender confirming hormone treatment, puberty blockers or surgery to anyone under 18 years old, or from referring them to other providers for the treatment.

The Republican Legislature could still enact the measure, since it only takes a simple majority to override a governor's veto in Arkansas. 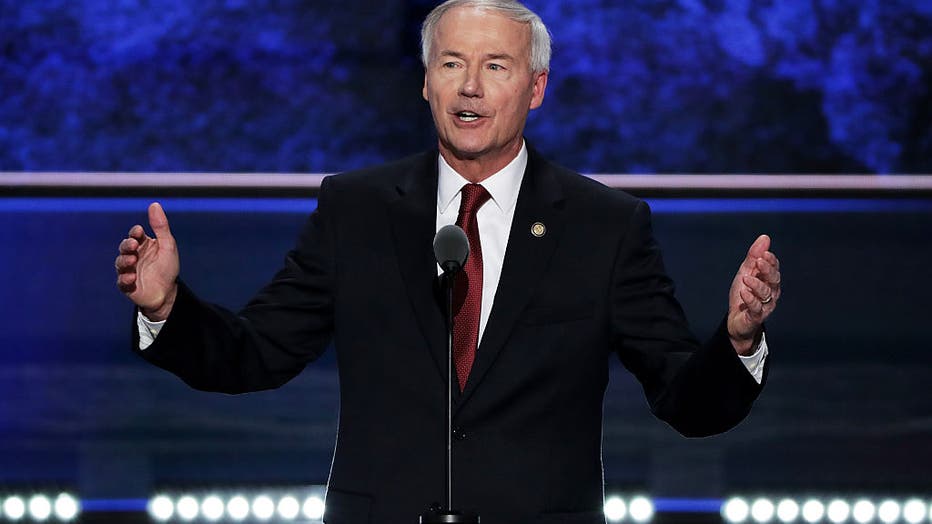 FILE - Gov. Asa Hutchinson (R-AR) delivers a speech on the second day of the Republican National Convention on July 19, 2016 at the Quicken Loans Arena in Cleveland, Ohio.

Hutchinson's veto follow pleas from pediatricians, social workers and the parents of transgender youth who said the measure would harm a community already at risk for depression and suicide.

It was the latest measure targeting transgender people that easily advanced in the Arkansas Legislature and other states this year. Arkansas, Mississippi and Tennessee’s governors have signed laws banning transgender girls and women from competing on school sports teams consistent with the gender identity.

Hutchinson recently signed a measure allowing doctors to refuse to treat someone because of moral or religious objections, a law that opponents have said could be used to turn away LGBTQ patients.