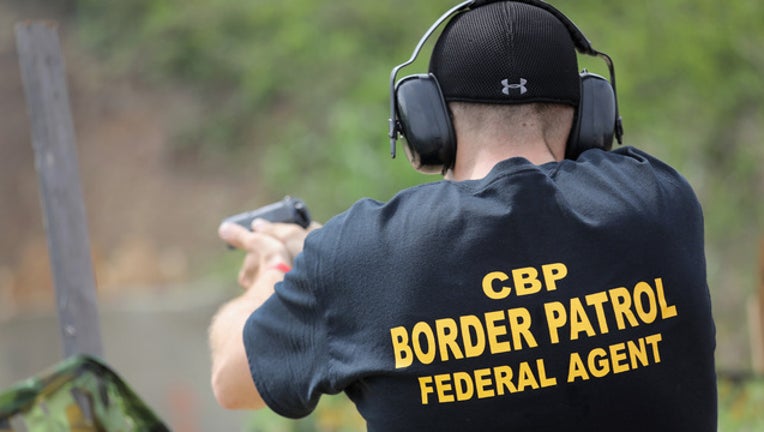 PHOENIX (AP) - A U.S. border officer who is a Mexican native claimed he was born in Texas and illegally obtained a job with the law enforcement agency charged with protecting America's borders, authorities said.

Marco Antonio De la Garza Jr., an officer in southern Arizona, faces criminal charges for allegedly telling U.S. Customs and Border Protection and others in the government that he was born in Texas.

Employment requirements for Customs and Border Protection include providing proof of U.S. citizenship. It's unclear how De la Garza was able to get his job despite not being an American citizen.

An indictment filed Wednesday in Tucson said De la Garza lied about his citizenship in October during a background check update tied to his job.

The 37-year-old officer also is accused of making false statements about his birth country last year when he sought a U.S. passport.

The agency hired him in April 2012, spokeswoman Teresa Small confirmed in an email Friday. She did not provide further comment.

Cosme Lopez, a spokesman for the U.S. attorney's office, declined to comment on how the officer's true citizenship had been missed when he was hired.

Customs and Border Protection issued a statement saying De la Garza was arrested on Feb. 22 in Douglas, Arizona. The agency's statement, however, didn't reveal De la Garza's job status or explain how the agency came to hire a Mexican citizen as an officer.

Over the years, the federal government has been criticized for not performing adequate background checks on people seeking jobs as border agents. The criticism usually crops up when the government considers adding a large number of officers at the United States' southern border.

Authorities said in court records that De la Garza claimed he was born in Brownsville, Texas, when he was actually born across the Rio Grande in Matamoros, Mexico.

Investigators said the midwife who claimed De la Garza was born in Texas had a conviction for conspiring to make false statements on birth certificates in 1984. They also said De la Garza's records from Mexico confirmed that he was registered for school using a Mexican birth record, according to court records.

He is scheduled to be arraigned on March 23.

Follow Jacques Billeaud at www.twitter.com/jacquesbilleaud. His work can be found at https://www.apnews.com/search/jacques%20billeaud