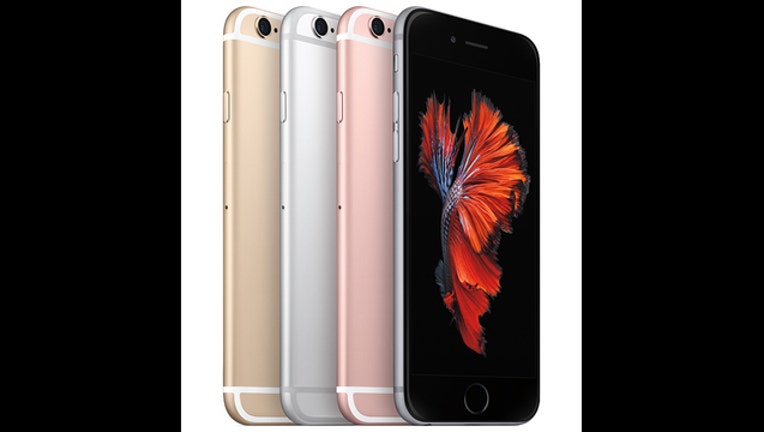 SAN FRANCISCO (AP) — Apple staked a new claim to the living room on Wednesday, as the maker of iPhones and other hand-held gadgets unveiled an Internet TV system that's designed as a beachhead for the tech giant's broader ambitions to deliver a wide range of information, games, music and video to the home.

Apple is counting on sales of the new iPhones to maintain its position as one of the most profitable, and valuable, companies in the world.

But it's the new Apple TV system that some analysts point to as an important step for the company as Cook attempts to build a business that doesn't rely so heavily on the iPhone.

"Apple is laying the groundwork for a broader living-room strategy" said analyst Ben Bajarin from the research firm Creative Strategies. Apple wants to make the already-important TV screen into an essential hub for communication and entertainment, he said.

"TV plays a huge role in our lives and it occupies an important place in our homes," Cook said during his presentation. He added that Apple believes "the future of television is apps" that deliver streaming video, games and other services.

For now, however, the iPhone is still Apple's most important product. Sales of the iconic smartphone contributed more than two-thirds of the Cupertino, California, company's $107 billion in revenue during the first half of 2015.

Apple announced Wednesday that it will sell two new iPhone models, dubbed the 6s and 6s Plus, starting Sept. 25. They're roughly the same size and will cost the same as the record-selling 6 and 6 Plus models introduced last year, which will now sell for $100 less.

The new iPhones will have more memory and faster processors, along with a new 12 mega-pixel camera.

Perhaps the most noticeable upgrade, however, is the addition of "3D Touch," a feature that uses added screen sensors to detect the difference between a light tap and extended finger pressure, triggering different menus and functions for apps made by Apple and outside developers.

"No matter what you like to do with your phone, 3D Touch makes it better than ever," boasted Apple Senior Vice President Craig Federighi.

Some analysts have questioned how compelling the new features will be. Apple sold more than 183 million iPhones since the last models were introduced in 2014, which is 40 percent more than it sold in the same period a year earlier. But the company may be hard-pressed to show more growth, especially when smartphone sales are slowing worldwide.

"That's one big concern about Apple, that it's so dependent on the iPhone," said Jerry Kim, a Columbia University management professor.

"The smartphone market is headed for a peak, and everyone is going to be feeling that," said Bob O'Donnell, a veteran consumer tech analyst with Technalysis Research. "So Apple has got to diversify."

Cook, while insisting there is room for iPhone sales to grow, has begun pushing into new product categories. In addition to the Apple Watch, introduced earlier this year, executives spent a large part of Wednesday's event showing off the new Apple TV.

The new TV box is a significant upgrade from older versions the company has sold since 2007. The new device has a more powerful processor and updated software for running Internet apps and games on TVs, along with streaming music and video. It will start at $149 and will be available in late October.

An integral part of Apple's system is a hand-held remote that can be controlled with a touch screen and voice commands, allowing users to request information and search for music, movies or TV shows by using Apple's electronic personal assistant, Siri.

Apple Inc. isn't alone in its ambitions for the living room. It's entering a market where rivals such as Roku, Amazon and Nvidia already sell sophisticated, voice-activated TV systems at prices ranging from $100 to $250. Google makes a popular streaming video device, the Chromecast, that sells for $35.

Cook and other executives made no mention Wednesday of a long-rumored streaming video service to compete with Netflix and Hulu, which analysts say might help Apple's TV system stand out from rivals. Nor did they mention any plans to make the Apple TV a hub for controlling thermostats, lamps or other "smart" home appliances — although O'Donnell said he expects that may come later.

Still, even competitors say Apple's clout could change the landscape of the living room.

Apple TV is unlikely to hurt sales for gaming consoles like the Xbox and PlayStation, however. For now, at least, analysts say those consoles still provide "hard-core" gaming enthusiasts with more elaborate effects and faster processing speeds than what's generally been available over the Internet.

Cook and his top lieutenants on Wednesday also showed off a new iPad Pro with a 13-inch screen, attachable keyboard and a stylus, which the company hopes will help turn around a two-year slump in iPad sales. Earlier full-sized iPads have had 10-inch screens.

While Apple executive Phil Schiller said the bigger screen offers improved viewing for movies, the company is also promoting the device for workers who will use specialized business apps.

In a move that might have been unthinkable a few years ago, Apple even invited an executive from once-bitter rival Microsoft to come on stage and demonstrate his company's Office productivity software on the iPad Pro.