Amid record-high inflation, new data shows that rent prices may be declining across much of the country, signaling a potential shift in the real estate market.

Zumper, a real estate marketplace company, analyzed rental data from over one million active listings across the U.S. Listings were then aggregated on a monthly basis to calculate the median asking rents for the top 100 most populous cities.

The company found, nationally that the median price for a one-bedroom was flat in November over the previous month, and the two-bedroom median price fell 0.4%. 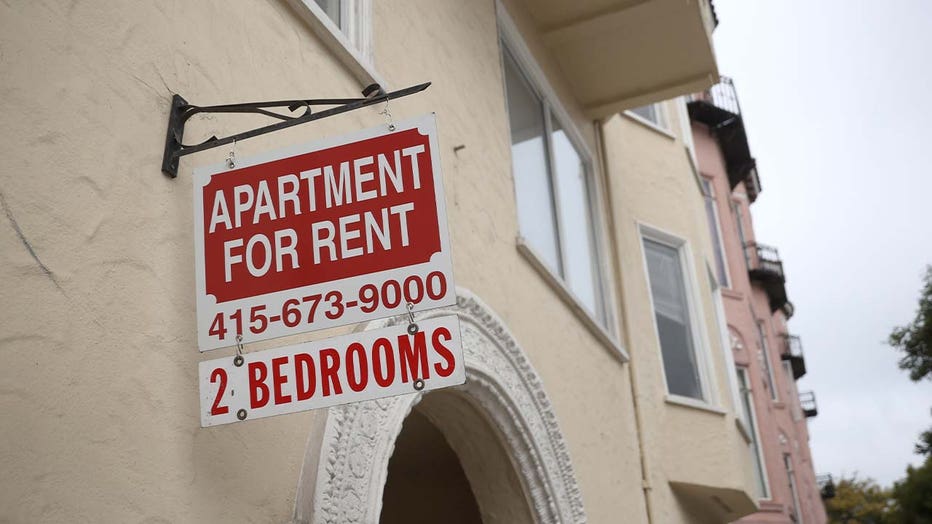 "for rent" sign posted in front of an apartment building on June 02, 2021 in San Francisco, California. After San Francisco rental prices plummeted during the pandemic shutdown, prices have surged back to pre-pandemic levels. (Photo by Justin Sulliva

"Several metros accustomed to substantial, sustained price increases are beginning to level off: Median one-bedroom rent is down 2.9% in Nashville, 2% in Boston and 1.8% in New York City," Zumper wrote.

In addition, one-bedroom rent in Tulsa, Oklahoma — which previously saw big price hikes thanks to an incentive program to lure remote workers — was down 6.3%.

EARLIER: Despite high rent, it’s still cheaper than buying a home – except in these cities

"We’re seeing pandemic trends begin to unwind, and unwind quickly, as renters hunker down in anticipation of a recession," Zumper CEO Anthemos Georgiades explained. "Over the last two years we saw unprecedented rises in rent prices driven by a booming economy, low-interest rates, a one-off spike in demand post vaccines, and supply chain issues that delayed new units coming to market. Now—with inflation and interest rates high and the labor market beginning to tighten—Americans are holding off on major economic decisions. Household formation has paused and even inverted, driving demand down and cooling off rent prices."

Zumper says month-over-month price increases in cities like Chicago and Minneapolis are evidence that pandemic-fueled migration is slowing. Many residents who left big cities during the pandemic are now trickling back in as their jobs require them to return to the office.

Rent prices in the US for late summer 2022 - and beyond

Rent prices nationwide spiked in August 2022, compared to the same time last year, with the average monthly price of a 1-bedroom at $1,769. Rent.com researcher Jon Leckie shares more on the current rental market.

In June, median rents in the 50 largest U.S. metropolitan areas climbed to a record $1,876.

In its June rental report, realtor.com said rental rates listed on its website were up 14.1% over the same time last year, and they hit record levels every month for the previous 16 months.