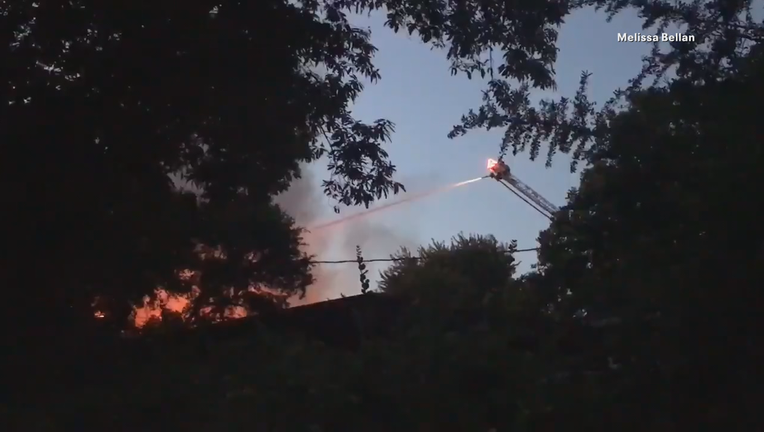 DALLAS - An apartment fire forced several people out of their homes in east Dallas Sunday night.

Firefighters were called to the Haston Apartments off Ferguson Road and Lakeland Drive around 7 p.m.

They arrived to find flames coming from a third-floor apartment and from the roof of the building. They had to attack the flames from the outside.

No one was seriously hurt but one person was treated for smoke inhalation.