DALLAS - The United States Department of Labor released a report Thursday with the latest weekly filings for unemployment benefits. Everyone knew it would be grim and it's living up to the billing.

Tens of thousands of businesses have been paralyzed by the coronavirus-related shutdowns and more companies are resorting to layoffs as their cash reserves are depleted.

In the two previous weeks, nearly 10 million people applied for jobless benefits. Thursday’s report added another 6.6 million for the week that ended on April 4.

Around 10% of the country's labor force is now out of work. Some are predicting the unemployment rate announced next month could reach 15%.

In Texas and other states, unemployment offices have been swamped with applications. Many people complain that they are unable to complete an application. 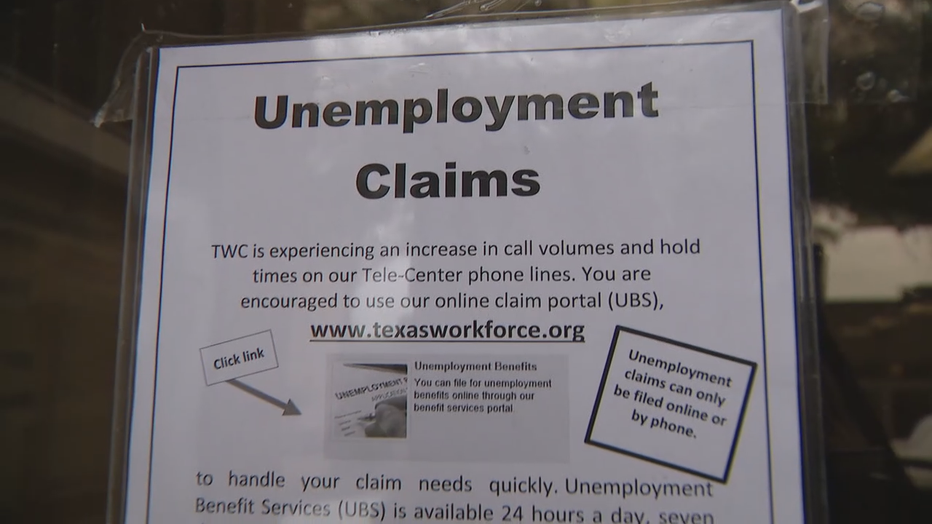 “We want everybody who is filing for unemployment benefits to know this 1) just because you’ve not been able to file does not mean you will be denied and not have access to it. And 2) know this. We know the log jam. We are adding hundreds upon hundreds of employees to unclog the log jam,” Abbott said.

The governor added that unemployment benefits will be higher than they’ve previously been because Congress has increased the amount of money that’s available to assist those out of work.

Also, beginning next week it is believed that millions of Americans will start receiving direct payouts from the federal government to help cover basic expenses.

That money should show up in their bank accounts as direct deposits. The word is some of those payments could actually start appearing before the weekend.

The first to receive the payments will be people who have already given their bank account information to the IRS on a recent tax return.