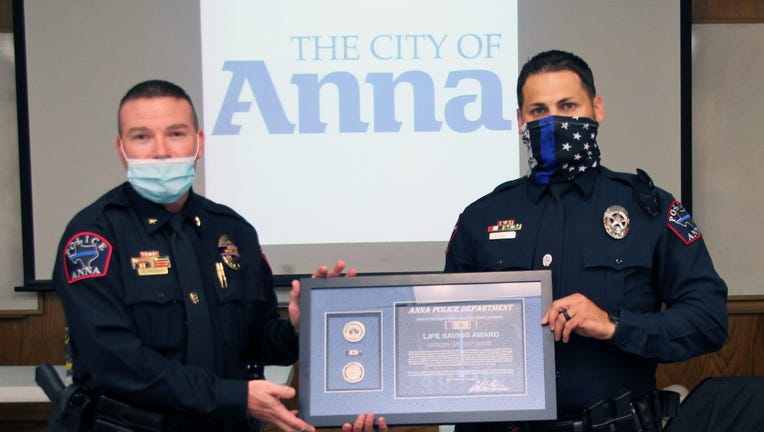 ANNA, Texas - An Anna police officer was honored for saving a man from a burning car.

Last fall, Davis responded to a single-car accident where a vehicle had crashed into a concrete barrier along a freeway.

While a passenger and infant had been pulled from the vehicle before he arrived, the driver was still trapped in the burning vehicle.

Davis along with two State Game Wardens freed and pulled the driver to safely before flames engulfed the vehicle.

Officials said Davis’ actions saved the life of the man.