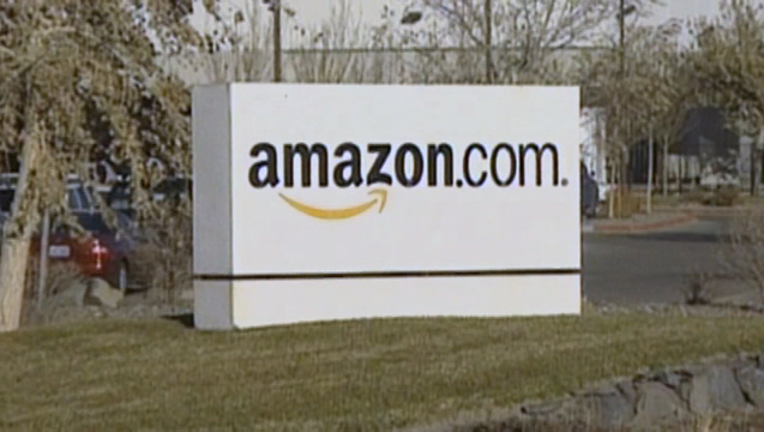 NEW YORK (AP) - Amazon has narrowed its hunt for a second headquarters to 20 locations, concentrated among cities in the U.S. East and Midwest. Toronto made the list as well, keeping the company's international options open.

The online retailer said Thursday that after sorting through 238 proposals, the potential locations still include tech-strong places like Boston and New York. Other contenders include Chicago, Indianapolis, and Columbus, Ohio, in the Midwest.

Los Angeles was the only West Coast city on the list. Both Texas and Pennsylvania had two cities that made the cut: Austin, Dallas, Philadelphia and Pittsburgh. In the South, Miami and Atlanta are being considered.

Officials in cities that made the short took the opportunity to further tout their cities. Dallas Mayor Mike Rawlings said the news is a big deal for the city. He plans to meet with the online retailer on Thursday.

"Thrilled to be in the next round of @amazon HQ2 process. There’s much work left to be done but I want to thank my fellow mayors, @DRChamber, @FTWChamber and all our citizens for making @CityOfDallas and DFW such a desirable place to be!" Rawlings said on Twitter.

"Texas is the land of opportunity, and I am thrilled to see that Amazon has included both Austin and Dallas as finalists for its forthcoming HQ2. Texas is a hotbed for the tech industry, and both Austin and Dallas have proven themselves to be among the most sought after locations for companies looking to grow and thrive," Gov. Greg Abbott added.

Amazon.com Inc. said it will make a final selection sometime this year.

The company's announcement last fall that it was looking for a second home launched a fierce competition among cities looking to lure Amazon and its promise of 50,000 new jobs and construction spending of more than $5 billion.

State and local governments played up the amenities they think make their locations the best choice for Amazon's second headquarters. Other's pulled off stunts to standout, such as New York, which lit the Empire State Building in Amazon orange. Some stunts didn't work: Tucson, Arizona, which sent a 21-foot tall cactus to Seattle, did not make the list. Neither did Birmingham, Alabama, which installed giant replicas of Amazon's Dash buttons.

The company had stipulated that it was seeking to be near a metropolitan area with more than a million people; be able to attract top technical talent; be within 45 minutes of an international airport; have direct access to mass transit; and be able to expand that headquarters to as much as 8 million square feet in the next decade.

But Amazon also made it very clear that it wanted tax breaks, grants and any other incentives.

Some state and local governments have made public the details of the financial incentives they are dangling. Boston's offer includes $75 million for affordable housing for Amazon employees and others. Before he left office Tuesday, Republican Gov. Chris Christie approved a measure backed by Democrats to allow New Jersey to offer up to $5 billion to Amazon. Newark also proposes to give Amazon $2 billion in tax breaks, although the city has yet to release its application to the AP.

But many of the state and local governments competing for the headquarters have refused to disclose the tax breaks or other financial incentives they offered. Of the 20 finalists, 13 including New York, Chicago, and Miami declined requests from the AP to release their applications while other requests were still pending. Applications from Columbus, Denver, Los Angeles, and Raleigh, North Carolina, were submitted by outside groups not typically bound by the same disclosure rules.

Nearly 20 cities and states across the U.S. that originally applied turned down requests from The Associated Press to detail the promises they've made. Boston published its application online, while Philadelphia released its application to the AP, but with information on proposed tax incentives redacted.

Several say they don't want their competitors to know what they're offering, a stance that open-government advocates criticized.

Amazon plans to remain in its sprawling Seattle headquarters and the second home base will be "a full equal" to it, founder and CEO Jeff Bezos had said.

The extra space will help the rapidly-growing company, which It had nearly 542,000 employees at the end of September, a 77 percent jump from the year before. Some of that growth came from Amazon's nearly $14 billion acquisition last year of natural foods grocer Whole Foods and its 89,000 employees.