T-shirts were made to honor 16-year-old Marquel Ellis Jr., who was shot and killed while attending a house party in Plano.

ARLINGTON, Texas - Friday night, the Allen Eagles took on the Rockwall Yellowjackets in a playoff game at AT&T Stadium.

Allen players also remembered a teammate who was murdered nearly a week ago.

T-shirts were made to honor 16-year-old Marquel Ellis Jr., who was shot and killed while attending a house party in Plano.

Students also organized a show of support during the game.

There was a sense of purpose at the game that was bigger than football.

The team and fans also showed their support for Ellis’ family and friends.

Brown wore a t-shirt with the number 37, and the name “Ellis Jr” on the back. 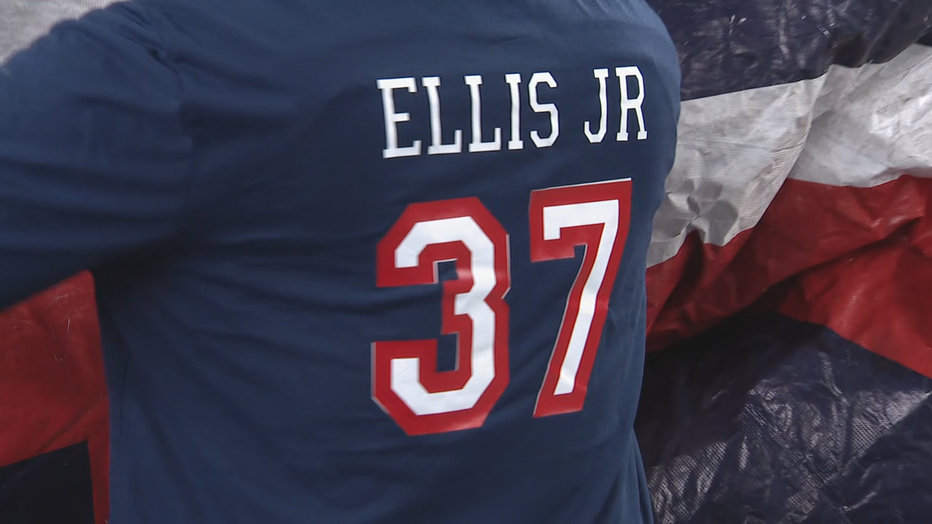 “We’re getting through it. We are being strong for each other right now. As a school, as a community,” Ellis’ friend, Gracie Smith, said.

Smith organized a shout out for Ellis during Friday night’s game, bringing signs and rallying fans in his name during the first play of the second quarter.

“This is a positive way to kind of praise him, basically,” she said.

Two teenagers are now charged with murdering Ellis. Christian Hill, 18, turned himself in to Plano police on Thursday, and 17-year-old Kemond Smith was arrested earlier this week.

Police said the two were unwanted guests at a house party in a short-term rental in Plano.

They were asked to leave and police said they fired at least 18 shots into the home.

While Ellis played for the JV squad, there were no doubts he would eventually end up on varsity. In fact, many believe he’s playing with the team, in spirit.

“I think we’re going to dominate tonight, I really do,” Brown said. “All because of him.”