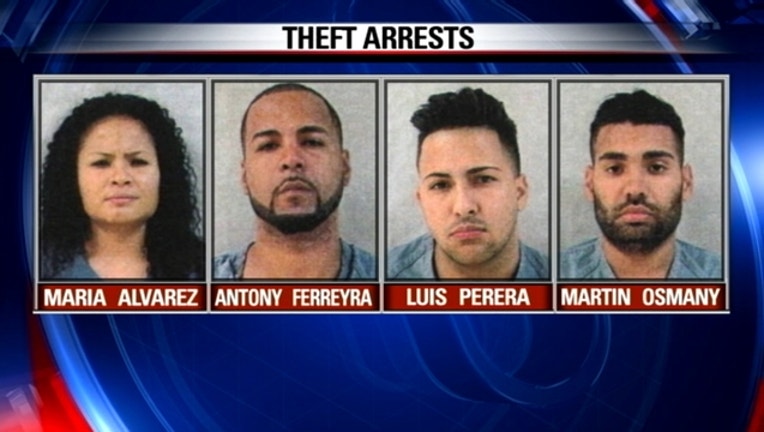 Officer Ryan Tooker recognized one of the suspects Thursday while patrolling the North East Mall in Hurst.

Police stopped the suspect’s car and found $4,000 worth of stolen items inside. Some men’s dress shirts still had sensors attached.

Investigators believe they’re part of a larger theft ring and were also responsible for thefts at Firewheel Mall and NorthPark Mall.