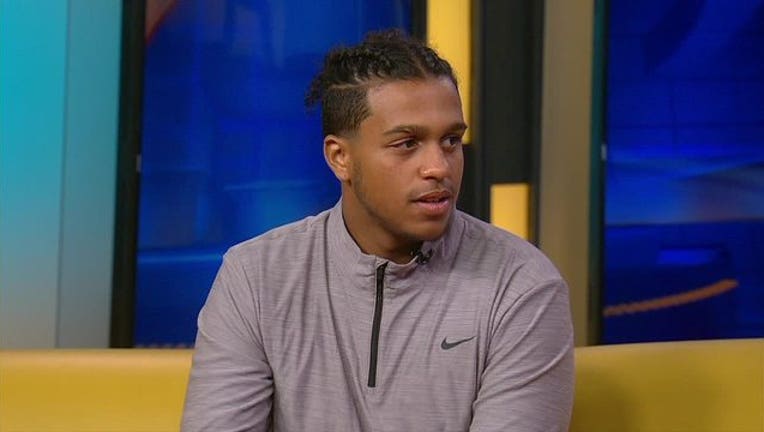 HOUSTON - A Houston teen is being called a hero for helping to rescue a woman and her child during the flooding from Imelda last week.

Jayden Payne‘s mom had just picked him up from school, and it was starting to flood. They were at a grocery store when they saw an SUV drive into a flooded ditch.

That's when Jayden ran to help.

"They were outside of their car, but I'd only seen the mother whenever she came out. Then I looked again, and she picked up her two-year-old daughter out of the water," he says.

Jayden says the water was so high all he could see was their necks. Still, he went to help.

"I was more worried about their safety than my safety," he says.

He says the mother thanked him after helping them get to safety.

Jayden says he was able to speak with the woman on Monday.

Houston Texans quarterback Deshaun Watson learned about Jayden's actions and has now invited him to be a special guest at the Texans game on Sunday.

"Jayden - you are a real-life hero! I'd like to invite you to be our special guest at our game this Sunday vs. the Panthers," Deshaun wrote on Twitter.

"Every time I see this still, I still get nervous looking at this," Jayden said. "When I seen it, I was like ‘oh my god, Deshaun texted me and is inviting me to be his special guest."

Jayden, an Aldine High School football player, says he was in the training room getting antibiotic for his toe that he cut during the rescue when he got the alert.

Jayden says he will take his mom, his brother and his best friend to the game on Sunday.