ALASKA - Move over Shark Week, Fat Bear Week is here, and it’s got more to love.

Alaska’s Katmai National Park & Reserve has announced the bracket for its fifth annual “Fattest Bear” of Brooks River competition, which will honor one of the park’s largest bears with the hefty title.

The park, which is home to nearly 2,000 brown bears, opened voting for its single-elimination tournament, which pits 12 of the burliest bears against each other to take home the final prize. 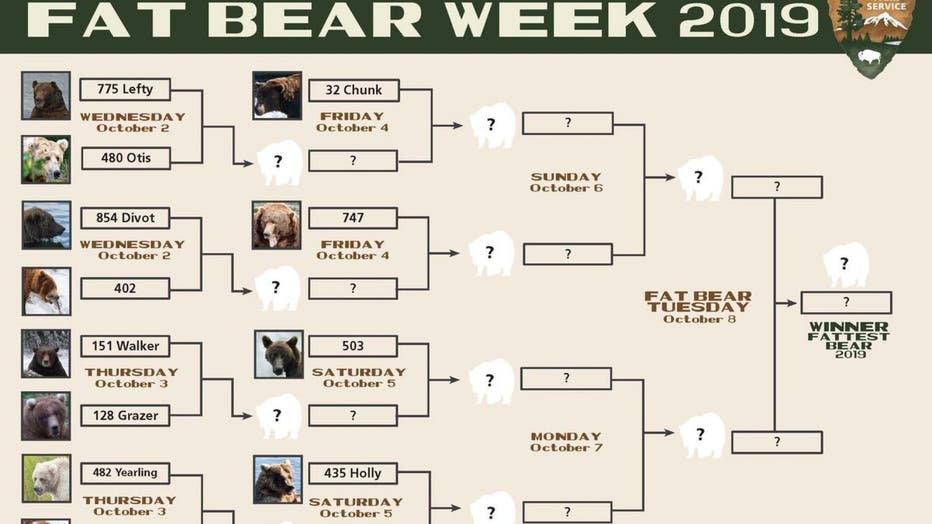 “Just because a boar is a giant among giants, doesn't mean that a corpulent sow can't beat him. Don't forget about those multitasking moms who feed their cubs AND themselves to grow into fall fatties. After fighting with siblings and fishing to their hearts content, the young tikes have eaten their way into this Olympics of obesity. They can only win with your VOTE,” the park wrote on its Facebook page.

In order to participate, one must “like” the particular bear’s photo posted on the park’s Facebook page. The most liked bear will move on to the next tier and so forth until a victor is chosen on Oct. 8.

For those who are uneasy about voting for their favorite chunky beast, Explore, a nonprofit that partners with Katmai National Park, provides a live stream of the bears in Brooks Falls that is viewed by millions of people around the world, the park shared.

“Each one of these bears tells a different story about bears in the bear world,” said Mike Fitz, a resident naturalist with Explore and former Katmai park ranger, told Anchorage Daily News.

The cheeky competition comes as bears begin to prepare for weekend hibernation and start eating “one year’s worth of food in six short months,” according to Katmai National Park. 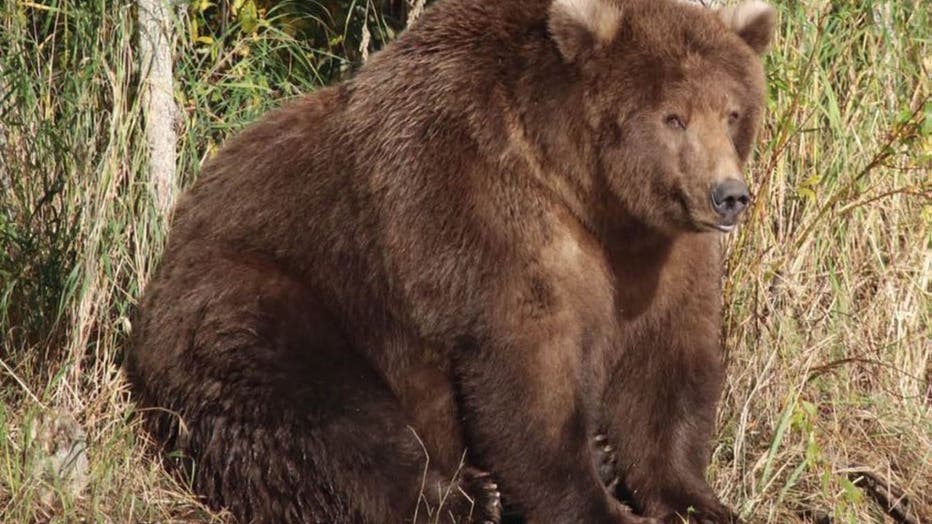 A particularly large bear, 23-year-old 409 Beadnose, took last year’s competition – partially due to her sitting-down photo. (Park rangers reportedly have been careful to only capture standing profile pictures this year to even-out the competition.) However, 409 Beadnose is not participating in this year’s contest.

“The brown bears are a symbol of Katmai and Bristol Bay’s healthy ecosystem and serve as a reminder on why we need to support sustainable fisheries and wild areas like Alaska’s national parks,” Fitz said to the local outlet.

GET UPDATES ON FOXNEWS.COM