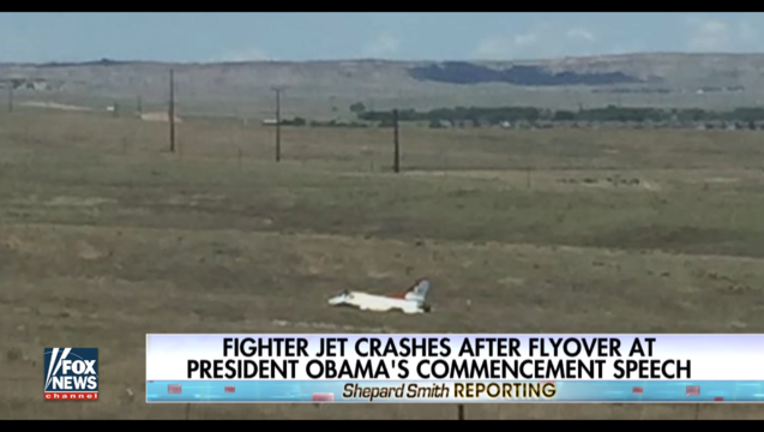 Air Force spokeswoman Lt. Col. Michal Kloeffler-Howard said the pilot ejected but there was no information on the pilot's condition. No injuries were reported on the ground.

Obama was still at the stadium taking photographs and greeting attendees in a private area during the air show that lasted about half an hour south of Colorado Springs.

News of the crash broke while Obama's motorcade was returning to Peterson Air Force Base for his flight back to Washington.

The crash occurred about 15 miles south of Peterson Air Force Base, where Air Force One was waiting to take off.

The Thunderbirds had just finished their traditional performance at the Air Force Academy graduation, screaming overhead just as the graduating officers tossed their white hats into the sky.

The jets then did multiple fly-bys over the academy's football stadium, where the ceremony took place, blasting by in tight formations or looping high overhead.

There was no obvious sign of trouble with any of the jets during the performance.