DALLAS - Mac’s Bar-B-Que is a two-person operation. It’s been a family business for nearly 70 years. They’re now saying goodbye, but not before one last barbecue.

"Anybody who’s in this business, it’s a passion and a love. You have to love this to do it," Billy McDonald said.

McDonald runs Mac’s Bar-B-Que off Main Street, where he follows in his father’s footsteps.

"And he opened up Mac’s Bar-B-Que in the first week of January in 1955," McDonald said.

"And that was a brisket, Polish sausage from Rudolph’s meat market, and we had cured smoked ham," he said.

He reiterated there is no pulled pork on the menu.

"I am a true Texas BBQ house. It’s beef and beef is king," McDonald said.

Together, he and his customers have experienced highs and lows throughout the years.

"I have been with families that have lost family members and have passed on. I have gone to those funerals. I gave them food," he said. 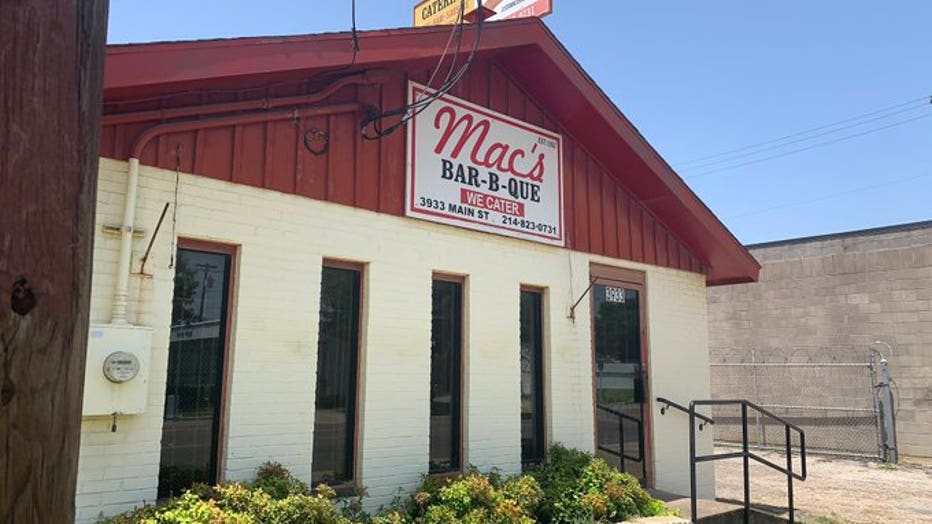 Now, the 67-year-old said he’s tired and his time is up. He’s opening for lunch as normal, Monday, and when the food runs out, he’ll say goodbye.

A Mexican restaurant is moving in. McDonald says he’ll support them while also checking out the barbecue he’s been missing.

"I’m here. I don’t have the time. Now I will have the time where I can go check out the other BBQ guys," he said.

In the meantime, he’s thinking of the ones who’ve kept him waking up dark and early for decades.

"And I just want to thank everybody for being a customer," he said.

McDonald said he and his better half will eat the last barbecue sandwich before closing. He said he plans to be the first customer once the next restaurant opens.