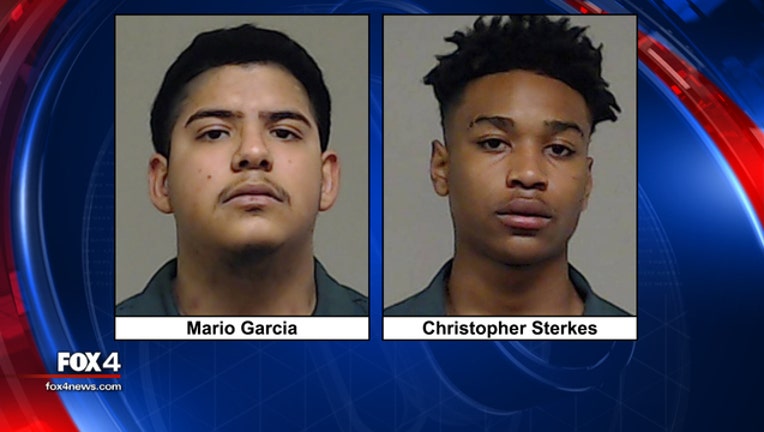 ANNA, Texas - Police have made three additional arrests in connection with the murder of a 15-year-old in Anna during a "drug deal gone bad."

Christopher Sterkes was arrested on a murder charge Saturday night for the death of 15-year-old Alejandro Camacho.

After further investigation by police, 17-year-old Marcos Hernandez, 18-year-old Mario Garcia, and a juvenile were arrested on robbery charges.

According to the Anna Police Department, Hernandez arranged the meet-up with Sterkes to buy less than an ounce of marijuana, but he and the three others planned to rob Sterkes.

They met in Garcia's vehicle, and during the drug deal, Sterkes pulled out a gun.

When they forced him out of the car, police say Sterkes opened fire on the vehicle, hitting Alejandro Camacho.

Garcia then drove Camacho to Medical City McKinney, where he was pronounced dead.