LOS ANGELES - Jane Campion’s gothic western "The Power of the Dog" led nominations to the 94th Academy Awards, where streaming services more than ever before swept over Hollywood’s top honors. 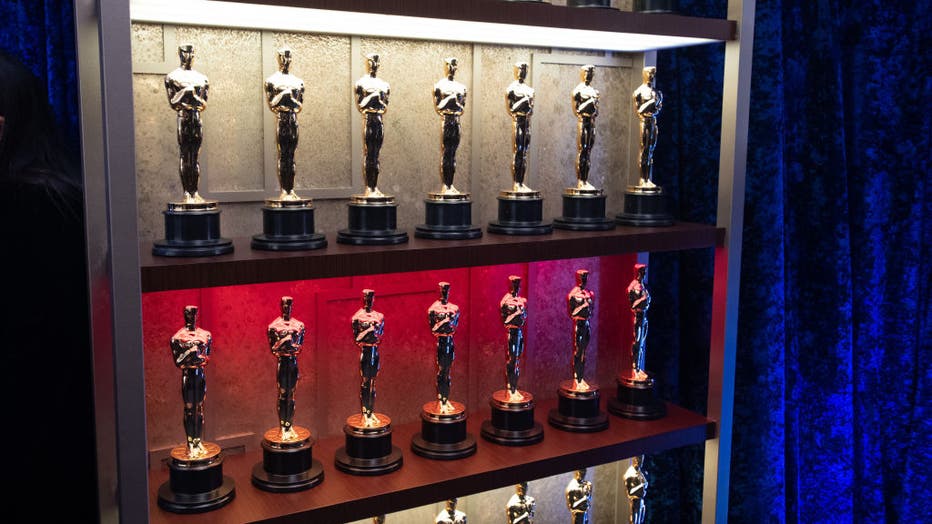 RELATED: Apple TV+’s ‘CODA’: A heartwarming film that hits all the right notes

Denis Villeneuve’s "Dune" followed closely behind with 10 nominations spread out largely in the technical categories as the academy gravitated to the craft of Villeneuve’s science-fiction epic.

Best picture has never been won by a film from a streaming service, but half of the 10 nominees came from streaming services. This year, the odds may be better than ever that a streamer will finally barrel through one of the last walls of Hollywood tradition.

Apple notched its first best-picture nomination with the deaf drama "CODA." Netflix backed both "The Power of the Dog" and Adam McKay’s apocalyptic comedy "Don’t Look Up." And both "King Richard" and "Dune" (despite the protests of its director) debuted simultaneously in theaters and on HBO Max.

In pulling from films released in myriad ways, the Oscar nominations reflected the tumult of pandemic year for Hollywood that began with many theaters shuttered and ended with Sony Pictures’ "Spider-Man: No Way Home" smashing box-office records. Spidey, though, landed only a single nomination, for visual effects.

A largely virtual awards season added some unpredictability to this year’s nominations, which were announced by actors Leslie Jordan and Tracee Ellis Ross. This year’s Oscars will be delayed to make way for the Olympics, the Oscars will be held March 27 and will return to their usual venue, the Dolby Theatre.

RELATED: The essential musicals of 2021: "West Side Story," "Encanto," "In the Heights" and more

And there were surprises all around. Lady Gaga, star of "House of Gucci," was overlooked in the uber-competitive best actress category. Nominated instead were Jessica Chastain, "The Eyes of Tammy Faye"; Olivia Colman, "The Lost Daughter"; Penélope Cruz, "Parallel Mothers"; Nicole Kidman, "Being the Ricardos"; and Kristen Stewart for "Spencer" — whose hopes for her first Oscar nomination had seemed dashed after she was snubbed by the Screen Actors Guild.

The nominees for best actor are: Will Smith, "King Richard"; Javier Bardem, "Being the Ricardos"; Benedict Cumberbatch, "The Power of the Dog"; Andrew Garfield, "Tick, Tick … Boom!" and Denzel Washington, "The Tragedy of Macbeth."

The nominees for original song are: "Be Alive" from "King Richard"; "Dos Oruguitas" from "Encanto"; "Down To Joy" from "Belfast"; "No Time To Die" from "No Time to Die"; "Somehow You Do" from "Four Good Days."

The nominees for best animated feature are: "Encanto"; "Flee"; "Luca"; "The Mitchells vs. the Machines" and "Raya and the Last Dragon."

The nominees for documentary feature are: "Summer of Soul (Or, When The Revolution Could Not Be Televised)"; "Flee"; "Attica"; "Ascension" and "Writing With Fire."

As COVID-19 cases surged in the last two months due to the omicron variant, much of Oscar season also turned virtual. Last year, the pandemic led the academy to host a delayed Oscars in a socially distanced ceremony at Los Angeles’ Union Station. Ratings plummeted to an all-time low of 9.85 million viewers.

This year, the academy has yet to map out plans for its show, except that it will include a host for the first time since 2018. For better or worse, the Academy Awards will also be without its usual lead-in. The Golden Globes in January were an untelevised non-event after NBC said it wouldn’t air them in 2022 while the beleaguered Hollywood Foreign Press reformed itself after ethics and diversity criticism.

Other changes were more subtle but potentially impactful. For the first time, the Academy of Motion Pictures Arts and Sciences ruled out hard-copy DVD screeners for its members, who instead could watch submissions on the academy’s streaming platform.