Witnesses testified Monday before committee members that the courts are inundated and simply trying to play catch up. The next step is working to find a solution to streamline these cases.

DALLAS - Gov. Greg Abbott says since the start of Operation Lone Star on the southern border, there have been about 18,000 felony arrests by DPS and border city police officers.

The majority of those are for trafficking illegal immigrants, and state courts and district attorneys are overwhelmed trying to handle all the cases.

Witnesses testified Monday before committee members that the courts are inundated and simply trying to play catch up. The next step is working to find a solution to streamline these cases.

Monday, two State House committees on juvenile justice and family issues and on judiciary and civil jurisprudence met jointly to look for ways to overcome the current overload of casework along the Texas-Mexico border due to Gov. Abbott’s Operation Lone Star.

Migrant encounters at the border are higher than they were before Gov. Greg Abbott’s Operation Lone Star began

The CBP reports in the first 11 months of its fiscal year, more than 2.1 million illegal immigrants and asylum seekers were apprehended along the U.S. border with Mexico. It’s an annual all-time high with the final month's numbers yet to be reported.

And since the launch of Abbott's multi-agency effort in March 2021 to secure the southern border in Texas, there have been more than 20,000 criminal arrests with more than 18,000 felony charges reported by state or local agencies.

The most common misdemeanor charge is criminal trespassing.

For felony cases, the most common is human smuggling. 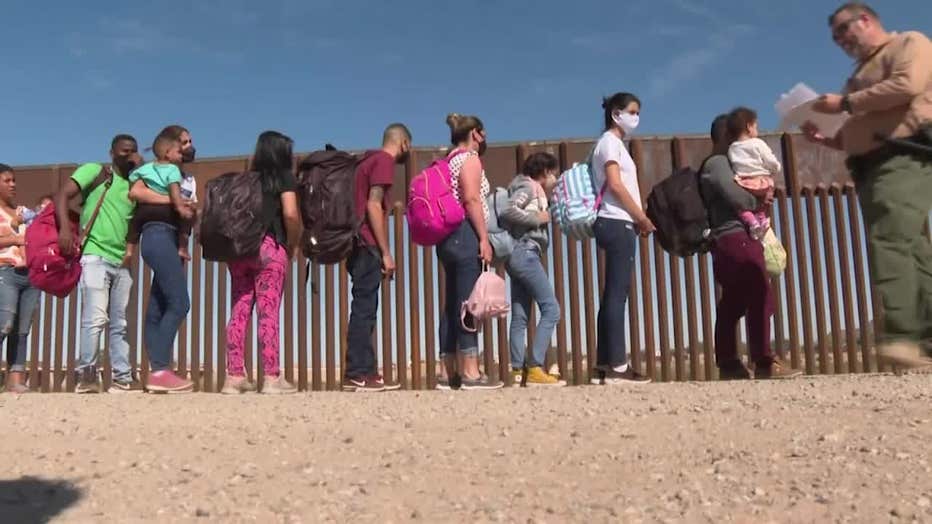 District attorney Tonya Ahlschwede represents multiple Texas counties along the border. She was called as a witness Monday. In Kinney County, she says there were 64 human smuggling arrests in the 2020 fiscal year. In the 2022 fiscal year, there have been more than 3000.

"The volume of work that is there is really hard for these offices to handle," she said.

The Office of Court Administration emphasized felony arrests have significantly increased especially after 53 migrants being smuggled were found dead in a sweltering tractor trailer outside of San Antonio back in June. It was the single deadliest migrant smuggling case in U.S. history.

The influx in felonies in Texas is expected to increase district court dockets by 150%.

"Most of the counties are fatigued and doing what they can with the resources they have," Ahlschwede said.

The system is simply backed up due to scheduling and limited personnel.

According to Ahlschwede, it could take 15 to 30 days to complete the arrest report. By then, the smuggler has bonded out and committed another offense in a different jurisdiction.

"We are failing Texans if we are letting these people out to continue to be coyotes," said State Rep. Mike Schofield (R-Katy).