A Utah teen who survived being shot and left for dead two years ago was crowned homecoming queen Friday.

NORTH LOGAN, Utah - A Utah teen who survived being shot and left for dead two years ago was crowned homecoming queen Friday.

Deserae Turner, 17, was shot in the back of the head by two classmates and left for dead in a cold canal in Smithfield in February 2017, according to Fox 13 Salt Lake City and The Herald Journal.

After eight hours, two family friends later found her in a dry ditch, which was when her long recovery began, the Journal reported. Turner endured 10 brain surgeries and underwent extensive physical therapy.

“She had to relearn everything,” April Turner, Deserae’s mother, told the paper. “She is the most determined person I have ever known and I saw it in her even as a toddler.” 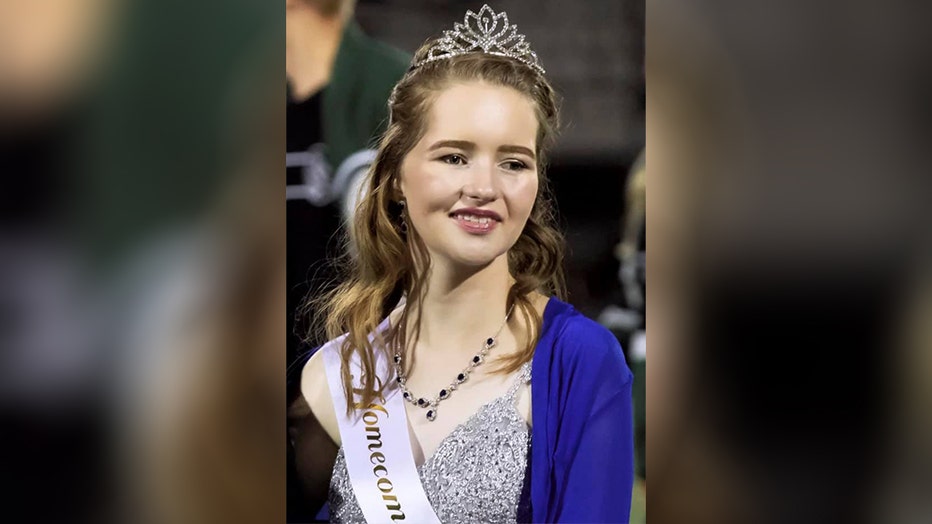 April said she is amazed that her daughter overcame the odds from struggling to lift her head from a pillow to dancing as homecoming queen of Green Canyon High School in North Canyon, Utah.

“I was just a homecoming queen, there’s nothing special about that," Deserae told Fox 13. "But if you think about what I’ve been through, yes — it’s very special. It is very awesome."

The mother and daughter found the outpouring of support from the community overwhelming, Fox 13 reported.

“It just gives you that comfort and love that, yes, I am truly loved," Deserae said. "Everybody needs to know that feeling.“

Deserae told the Journal that the experience “was a lot but it was so worth it.”

“I truly wish every one of us high school girls would be able to experience such a magical night,” she said.