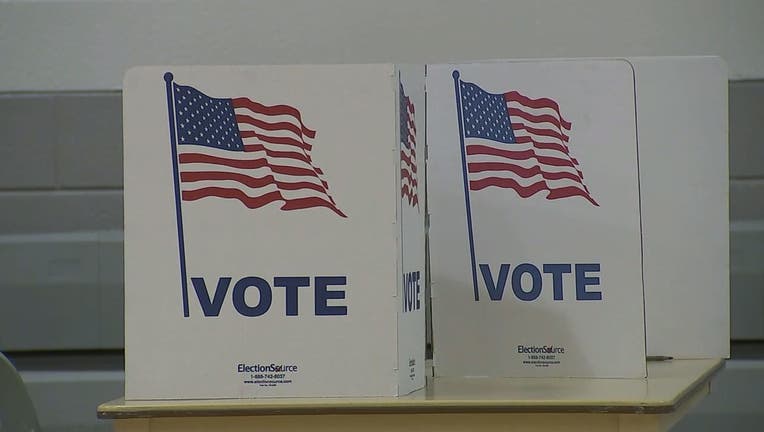 WASHINGTON - One year from Sunday, voters will decide whether to grant President Donald Trump a second term in office, an election that will be a referendum on Trump's vision for America's culture and role in the world.

Much is unknown about how the United States and its politics will look on Nov. 3, 2020.

Who will Trump's opponent be? How will Democrats resolve the ideological, generational and demographic questions roiling their primary? Will a strong economy shore up Trump's support or will recession warning signs turn into a reality? Will Trump face voters as just the third American president to have been impeached by the House of Representatives?

This much seems certain: The nation will plunge into the election as deeply divided as it has been politically in more than half a century, when cities were in flames with protests over war and civil rights.

"It seems like Republicans and Democrats are intractable," said Mark Updegrove, a presidential historian and chairman of the Lyndon Baines Johnson Foundation. "They are both adhering to their own versions of reality, whether they're based in truth or not."

The political divisions today reflect societal and economic schisms between more rural, largely white communities where the economy depends on industries being depleted by outsourcing and automation, and more urban, racially diverse areas dominated by a service economy and where technology booms are increasing wealth.

Many of those divisions existed before Trump, but his presidency has exacerbated them. Trump has panned his political opponents as "human scum," while Democrats view his vision for America's future as anathema to the nation's founding values.

Indeed, no president in the history of public opinion polling has faced such deep and consistent partisan polarization.

One thing that does unite the parties: voters' widespread interest in the presidential campaign, even at this early phase. A poll from The Associated Press-NORC Center for Public Affairs Research shows 82% of Democrats and 74% of Republicans are already interested in the election.

To win, Trump's campaign needs to recreate the enthusiasm among his core supporters, a task that isn't always easy for an incumbent burdened with a four-year record in office. But Trump is already leaning hard into the strict immigration policies that enlivened his supporters in 2016, while trying to convince more skeptical Republicans that Democrats are moving so far left as to be outside of the mainstream.

Rather than trying to persuade independents and moderate Democrats to switch their allegiances, the Trump campaign also believes it has better prospects in identifying Trump fans who didn't show up in 2016 and mobilizing them to vote.

Trump's case for reelection may hinge on the state of the economy, which continues to grow. The unemployment rate is also near a five-decade low of 3.6% and the stock market keeps reaching new highs.

"At the end of the day, people care about their pocket books and how they're doing and I think he can clearly point to life being better off," said Jason Chaffetz, a former Republican congressman from Utah. But he added, "Any precipitous drop would hurt the president."

A full picture of the economy does hold some warning signs for Trump at the one-year mark to Election Day.

The president delivered a massive tax cut in 2017, yet it lacked the rocket-like thrust to push growth above the 3% that Trump promised. Job growth has been solid, yet parts of the industrial Midwest this year have shed the factory jobs that he promised to create.

Consumers are helped by the slight inflation and low interest rates, but housing costs and student debt have sabotaged some American's hopes for middle-class prosperity. The China trade war inflamed by Trump has shown to his voters his willingness to fight for them, yet it has led to a decline in the type of business investment that fuels growth.

That is the story of the American economy Democrats want to tell over the next year. But the party is still struggling to figure out its own message to voters beyond contempt for Trump, the one sure thing that unites Democratic voters.

With just three months until primary-season voting begins, the top tier of candidates reflects the party's uncertainty over its own identity.

Former Vice President Joe Biden promotes his decades of experience and running as an unabashed moderate willing to work across the political aisle. Sens. Elizabeth Warren of Massachusetts and Bernie Sanders of Vermont are pushing for sweeping liberal change.

With all three of those candidates in their 70s, Pete Buttigieg, the 37-year-old mayor of South Bend, Indiana, is running a surprisingly successful campaign on a call for generational change.

"I didn't just come here to end the era of Donald Trump. I am here to launch the era that must come next," Buttigieg said Friday during a Democratic Party dinner in Iowa.

The biggest known unknown for both parties may be how the ongoing impeachment proceedings will be viewed by Americans one year from now.

Testimony from a litany of administration officials has validated an anonymous whistleblower complaint that raised concerns about Trump's dealings with Ukraine. A rough transcript that the White House itself released showed Trump asked Ukraine's president to look into baseless corruption allegations against Biden and his son Hunter.

Those numbers would still put Democrats in position to impeach Trump in the House, though acquittal in the Republican-controlled Senate looks all but certain. Still, it would leave Trump as the first president facing reelection after impeachment.

Updegrove, the presidential historian, said the question a year from now will be whether that matters.

"If not, what will matter to the American people as a whole?" he asked. "Is there anything?"