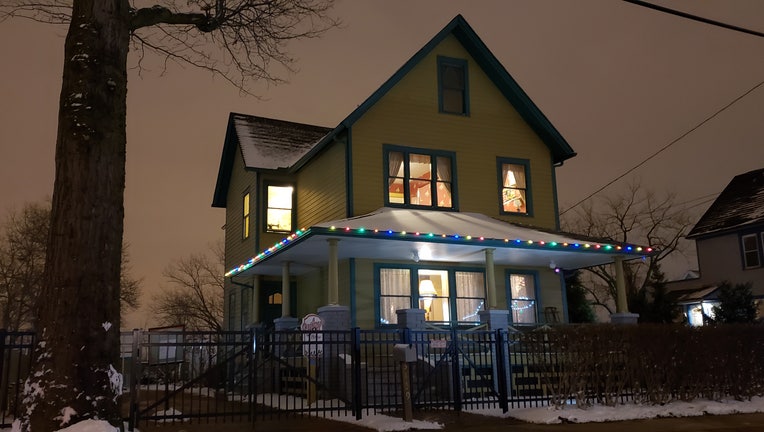 CLEVELAND - Fans of the 1983 film "A Christmas Story" have the chance to purchase the fictional boyhood home of Ralphie Parker, as well as a whole museum dedicated to the classic holiday movie.

The home, located at 3159 W. 11th Street in Cleveland, Ohio, operates as a tourist attraction and is currently for sale, along with several other buildings on an entire campus that spans a total of 1.3 acres.

Collectively, it’s known as "A Christmas Story House & Museum" and attracts more than 75,000 visitors a year.

The main house was built in 1895. Nearly 90 years later, director Bob Clark began scouting for a location in which to set "A Christmas Story" and visited nearly two dozen cities in his search, according to the website Cleveland Historical, developed by the Center for Public History + Digital Humanities at Cleveland State University.

Ultimately, Higbee’s in downtown Cleveland and the Victorian home on 11th Street were determined to be ideal for shooting in 1983. The home was used for the exterior and some interior scenes of Ralphie’s childhood home, including the opening of the leg lamp.

Twenty-one years after the film was released, entrepreneur and fan Brian Jones bought the house on eBay for $150,000, according to Cleveland Historical. He used revenue from his business, The Red Rider Leg Lamp Company, for the down payment.

Jones did a massive renovation to reconfigure the structure as a single-family dwelling and a "near-perfect replica of the movie set." In November 2006, public tours began.

"You’re looking at pretty much the most natural, holiday-themed house and museum in the world," the listing states. "And now, it can be all yours. Wall-to-wall anecdotes throughout, this lovely classic is both spacious and intimate."

The sale includes the museum, located at 1103 Rowley Avenue, which features the largest collection of original costumes, props, behind-the-scenes photos, and other items from the movie. A detached garage is a home to a 1939 Ford LaFrance firetruck, similar to the one featured in the film, the listing says.

A 4,000-square-foot gift shop and the Bumpus house — the fictional home to Ralphie’s "hillbilly neighbors" and their smelly hound dogs — are also part of the lot. 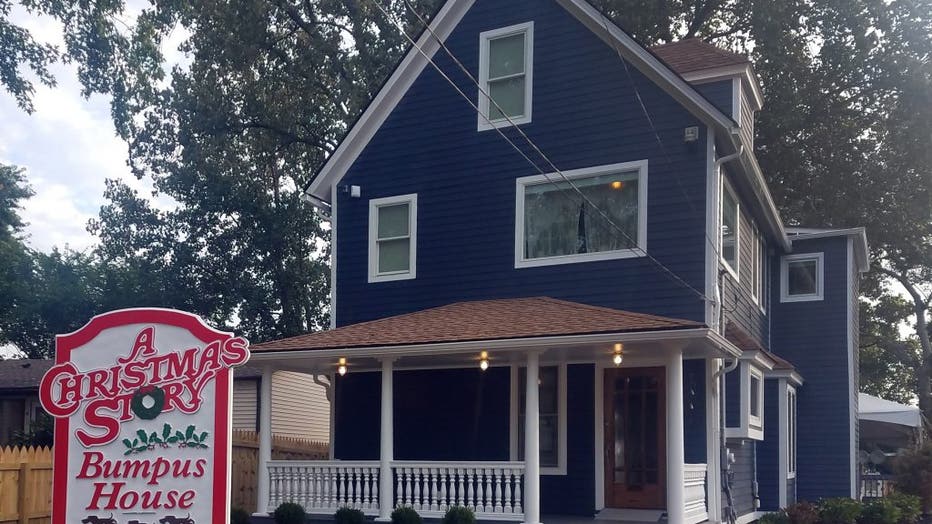 In total, the sale includes five buildings on seven parcels. Additionally, there are two public parking lots and one private lot, and two empty lots "which create room for further expansion."

Jones and his family said it was "just the right time" to put the campus up for sale.

"It’s a family that owns it and they’re just looking for new opportunities to move on and they’re hoping somebody comes along takes this, creates it, and turns it into something even more special, and makes it an even greater destination for people visiting Cleveland," Whitmer added.

There is no listed asking price, but the listing company told FOX 8 that it expects "a high level of interest" and "significant" offers.

The sale of "A Christmas Story House & Museum" comes on the heels of HBO Max’s sequel to the film. The new movie, called "A Christmas Story Christmas," follows an adult Ralphie as he returns home in an attempt to give his kids the magical Christmas he had as a child.

Peter Billingsley reprises his role as Ralphie, as well as other actors from the original Christmas film, including Zack Ward, playing the former town bully Scut Farkus who is now a police officer. R.D. Robb and Scott Schwartz also return as the double dog darer and the recipient of the dare who fatefully put his tongue on the frozen pole.