On this day in 1945, the United States dropped an atomic bomb on the Japanese city of Hiroshima

A subsequent bombing of Nagasaki would prompt the Japanese to surrender in World War II.

HIROSHIMA, Japan (AP) - Aug. 6, 2020 marks 75 years since the atomic bombing of Hiroshima, Japan. In 1945, the U.S. attack on Hiroshima killed 140,000 people. Three days later, a second atomic bomb was dropped on the Japanese city of Nagasaki, killing 70,000 and prompting Japan to surrender in World War II.

The unprecedented, destructive power of the bombs razed buildings and left lifelong physical and psychological scars on survivors. “Practically all living things, human and animal, were literally seared to death,” read an Associated Press story from the time of the attacks.

The atomic bomb was dropped on Hiroshima just a month after the weapon was first officially tested.

July 16, 2020 marked the 75th anniversary of the world’s first atomic explosion in New Mexico — known as the Trinity Test.

Lisa Gordon-Hagerty, head of the National Nuclear Security Administration, traveled to Los Alamos National Laboratory on Thursday to commemorate the anniversary of that test. She praised the bomb’s creation.

“I look to the good of what happened 75 years ago,” she told the Associated Press in an interview. “It has saved us from world wars. It has saved untold millions — perhaps billions — of lives over the past 75 years through its application in nuclear medicine and science. To me, that can't be glossed over.” 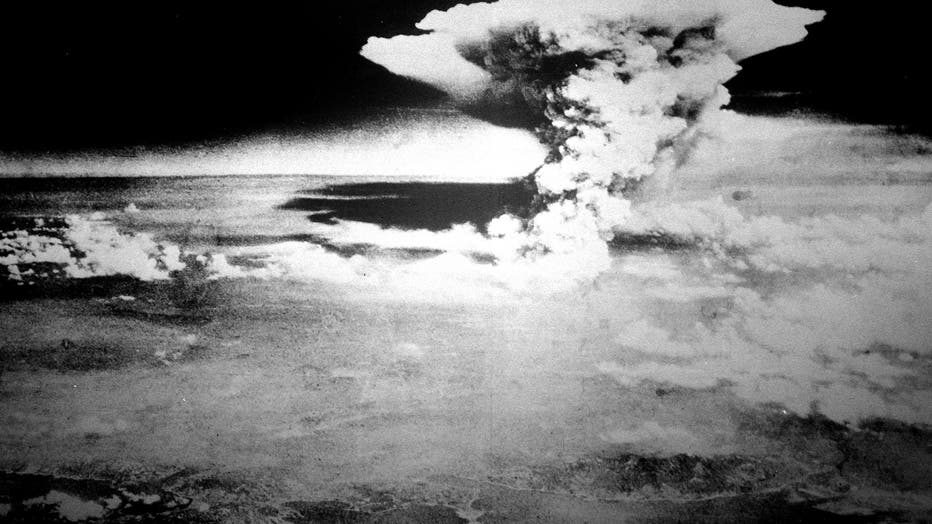 The pyrocumulus, or firestorm-cloud, that engulfed the city of Hiroshima after the US atomic bomb attack on 6th August 1945.

An excerpt from an Associated Press report from Aug. 6, 1945 — the day the first bomb was dropped

An atomic bomb, hailed as the most terrible destructive force in history and as the greatest achievement of organized science, has been loosed upon Japan.

President (Harry) Truman disclosed in a White House statement at 11 a.m. Eastern War Time, today that the first use of the bomb — containing more power than 20,000 tons of TNT and producing more than 2,000 times the blast of the most powerful bomb ever dropped before — was made 16 hours earlier on Hiroshima, a Japanese army base.

The atomic bomb is the answer, President Truman said, to Japan’s refusal to surrender. Secretary of War (Henry) Stimson predicted the bomb will prove a tremendous aid in shortening the Japanese war. Mr. Truman grimly warned that “even more powerful forms (of the bomb) are in development.”

“If they do not now accept our terms, they may expect a rain of ruin from the air the like of which has never been seen on this earth,” he said.

The War Department reported that “an impenetrable cloud of dust and smoke” cloaked Hiroshima after the bomb exploded. It was impossible to make an immediate assessment of the damage.

The lasting impacts of the atomic blast

The atomic bomb that exploded over Hiroshima 75 years ago didn't just kill and maim. Historical anecdotes describe how many survivors have lived for decades with lingering shame, anger and fear as a result of the event. Many in Japan came to believe that radiation sickness from the bombing was infectious or hereditary.

It wasn’t until July 29, 2020 that a Japanese court, for the first time in the country’s history, officially recognized people exposed to the radioactive “black rain" that fell after the attack as atomic bomb survivors. The court ordered the city and the prefecture to provide the same government medical benefits to these individuals as are given to other survivors.

At a solemn event at the Hiroshima Peace Park in November 2019, Pope Francis declared the use of atomic energy for war to be “a crime not only against the dignity of human beings but against any possible future for our common home.” “How,” Pope Francis asked, “can we speak of peace even as we build terrifying new weapons of war?”

His comments came nearly 40 years after John Paul II became the first pope to visit the site of the atomic bomb blasts.

The atomic bombings would set off a nuclear arms race that persisted throughout the Cold War. The United States initially justified the bombings as a way to end the war and save an untold number of lives that may have been lost if the U.S. instead had invaded the Japanese mainland. 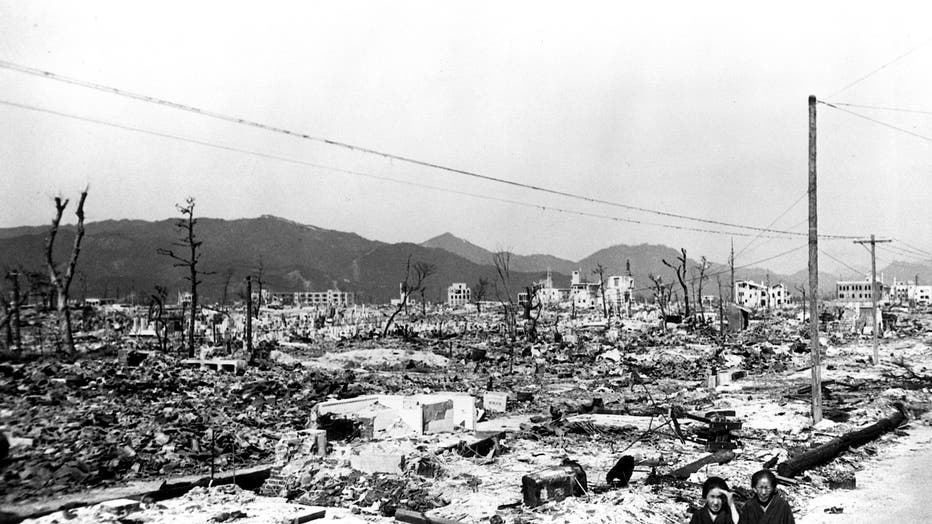 Desolation and dilapidated structures in Hiroshima following the atomic bombing of Japan, 1945. Image courtesy US Department of Energy. (Photo via Smith Collection/Gado/Getty Images)

This viewpoint had long been accepted by many Americans, but Gar Alperovitz, author of “Atomic Diplomacy: Hiroshima and Potsdam and The Decision to Use the Atomic Bomb,” said during a recent online event that documentary records show American wartime leaders at the time knew of Japan’s imminent surrender and the bombings were not necessary.

The devastation from such a life-altering calamity has prompted many of the world’s remaining Hiroshima bombing survivors to share their stories, even after the discrimination that the victims, known as the hibakusha, have faced over the decades.

The dwindling number of living witnesses of the first atomic bomb attack want the world, and especially the young, to remember their pain and suffering.