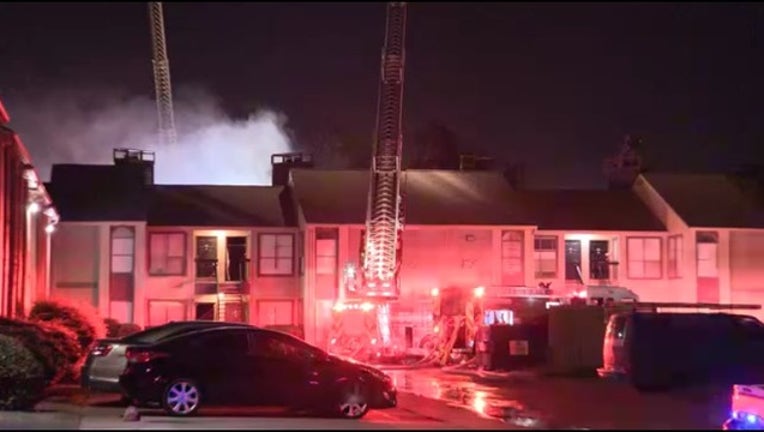 DALLAS, Texas - Twelve apartment units were destroyed by a 4-alarm fire in Dallas Friday night after a mother said her 7-year-old son accidentally started the fire while playing with a lighter in their closet.

Dallas Fire-Rescue said they were called out to the Vinyard Edge Apartments just before 1 a.m., and found flames coming through the roof of a two-story apartment building.

Once firefighters made sure residents were safely evacuated, third and fourth alarms were called for additional manpower.

By 2 a.m., the fire was extinguished.

No residents or firefighters were hurt, but a security guard suffered minor injuries while alerting residents to the fire.

Fire investigators said once the fire was out, a mother informed them her son started the fire by igniting combustibles while playing with a lighter in their closet.

Investigators determined the fire was accidental in nature, and the child will be enrolled in DFR's Juvenile Firesetters Intervention Program.

American Red Cross is assisting the reported 22 residents who were displaced.