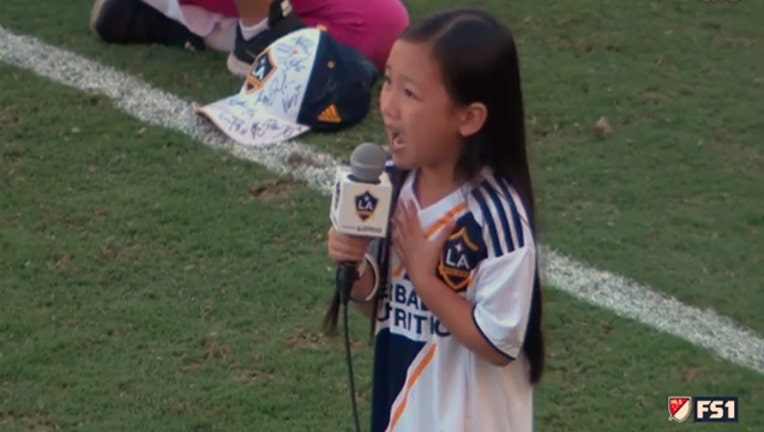 Malea Emma sings the national anthem before the LA Galaxy and Seattle Sounders game at StubHub Center (photo courtesy of MLS and FS1).

LOS ANGELES - A 7-year-old’s amazing rendition of the national anthem is taking social media by storm.

Little 7-year-old Malea Emma took the microphone before the matchup between the LA Galaxy and Seattle Sounders at StubHub Center. What happened next took the entire stadium by surprise.

The crowd was blown away by Malea’s performance and even soccer stars such as Zlatan Ibrahimovic were stunned. Ibrahimovic retweeted her performance with the caption “MVP of the game!”

Though she may be just 7 years old, Malea has already gained more than 14,000 followers on Instagram.