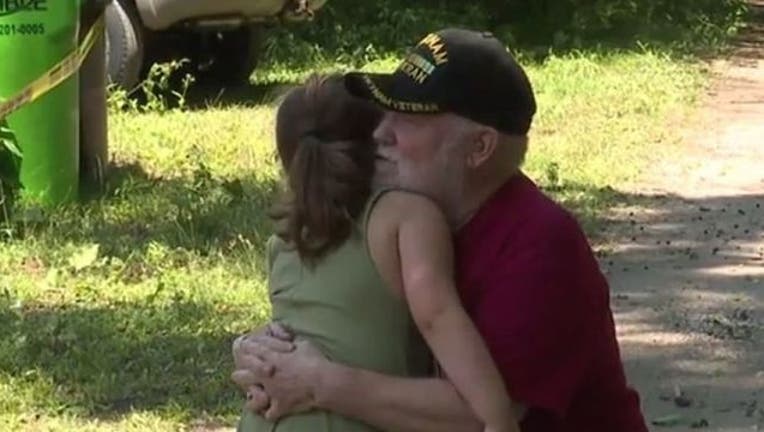 A Vietnam veteran's young daughter is being hailed a hero for saving her dad from a house fire.

"He has no sense of smell and he doesn't hear [well] so if his daughter had not been in the house with him he probably would have perished," said neighbor Jean Ann Smith.

Gary Myers, 71, says he lived at the Irma Drive home along the Green and Uniontown border for nearly 31 years. Fox 8 spoke with him Saturday after he says he was discharged from a two-day hospital stay for smoke inhalation.  His seven-year-old daughter Grace first alerted him of the smoke.

"She [Grace] said, 'Yea, it stinks bad in there,' so I go and check it out see what I can find and I saw a little smoke," said Myers. "I walked on back into the family room and opened the door there and there was a ball of flames."

Myers says the fast-moving fire killed several cats, destroyed his home, car and motorcycle beyond repair.  A cause of the fire has not been determined.

"I'm alive, Grace is okay, and that makes all the difference in the world," said Myers. "We'll go on from here somehow we'll figure it out."