Dozens of state lawmakers are urging the Texas Education Agency to cancel the STAAR exams for this school year.

Dozens of state lawmakers are urging the Texas Education Agency to cancel the STAAR exams for this school year.

The exams determine whether students move up in grade level, but there are concerns about the exams with so many students learning remotely.

The stakes are high for those students who test poorly.

Students in the 3rd and 5th grades could be held back for failing the exam, and seniors in high school may not be able to graduate.

The TEA would have to seek a waiver from the federal government to skip the test this spring.

With thousands of Texas students still learning virtually due to the pandemic, 68 state lawmakers signed a bipartisan letter addressed to the TEA commissioner asking that the STAAR test be canceled this coming spring.

Colleen Tiller is a Plano ISD parent. Her twin boys are in 6th grade. They're doing in-person learning.

“They also transitioned to a new school,” she said.

Tiller said she supports students taking the STAAR this year, but solely for diagnostic purposes.

“I do think that having a base line this year to move forward is very important because we don't really know how all of this has affected our kids educationally,” she explained.

But added that it would be unfair to put the results on teachers this year. 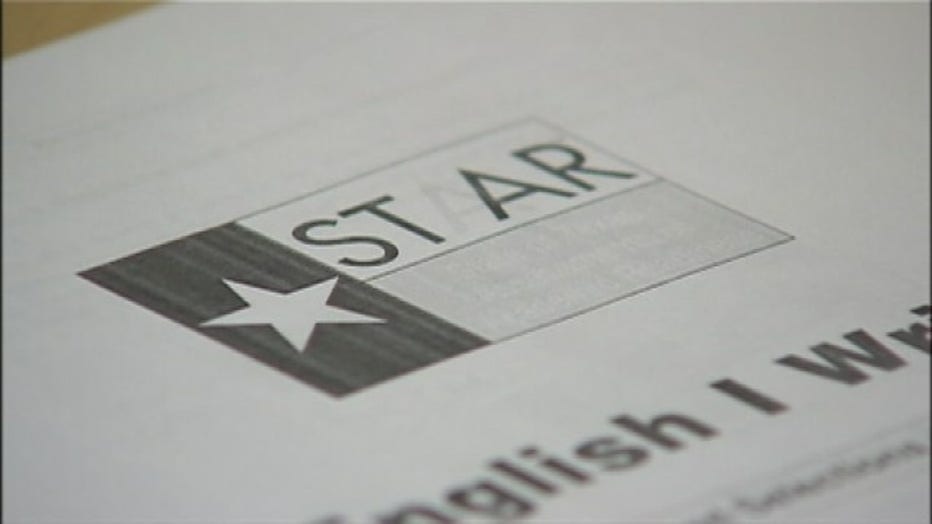 Williams said the STAAR test could help districts gauge where students are academically this school year.

There are 28% of his students who are learning virtually.

“Let’s use it as diagnostic and really evaluate it on a student-by-student basis,” he said. “Really, we shouldn't be concerned with what the school district grade is.”

Williams is referring to the A-F grade assigned to districts based on test results.

Williams is also concerned about how the test would be administered with students both at home and in school.

“You still have a test administrator in the room, so I don't know how that's going to work,” he added.

Alana Roacha, with the Texas Tribune, talked about the debate on Good Day.

“It doesn't seem, though, that the education commissioner, who this letter was addressed to - speaking to board members this week - isn't for cancelling the test entirely. He thinks it will be a measure of how much learning students have lost. Whether or not it will have the high stakes component remains to be seen.”

The STAAR exam for end of course classes, which is coming up in December, is still on.

Students are required to attend the exam in person. Those who don't would be counted as absent from the exam.

District could seek a "medical exception" for the student from the TEA.