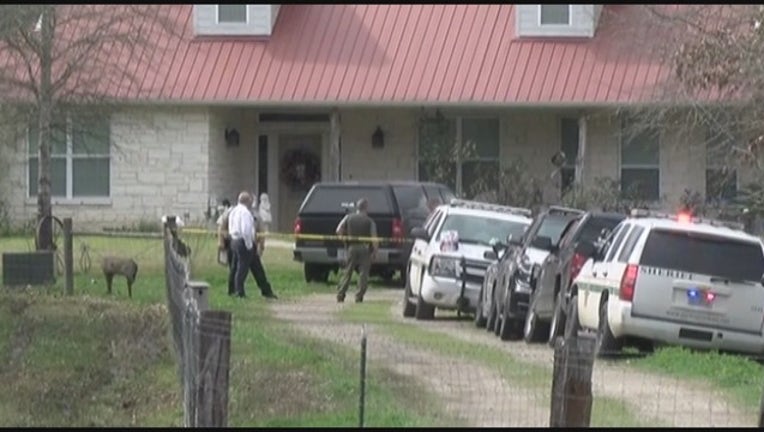 BLANCHARD, Texas - Sheriff's officials say five members of an East Texas family, including a 15-month-old child, have been found dead at the family's home.

Polk County sheriff's officials say two men were found dead inside the house while two women and the infant girl were discovered outside the residence.

Chief Deputy Byron Lyons identified the deceased as Ashley Delaney and husband Randy Horn, as well as Delaney's in-laws, Carlos and Lynda Delaney. The child's identity hasn't been released, but Lyons says a woman was found safe locked in a bedroom closet. She told investigators that she awoke about 5:30 a.m. Monday to a disturbance described as popping noises. She called her son, who alerted authorities about 10:30 a.m.

Lyons says a firearm was recovered from the house about 75 miles northeast of Houston and that no suspects were being sought. However, he declined to characterize the incident as a multiple homicide and suicide.