A 5.5 aftershock of the Ridgecrest quake from last July struck the Searles Valley at about 6:32 p.m on Wednesday.

SAN BERNARDINO, Calif. - A 5.5 aftershock of the series of Ridgecrest quakes from last July 4, 5 struck the Searles Valley at 6:32 p.m, which is thirteen miles east of Ridgecrest on Wednesday evening, according to Seismologist Dr, Lucy Jones. 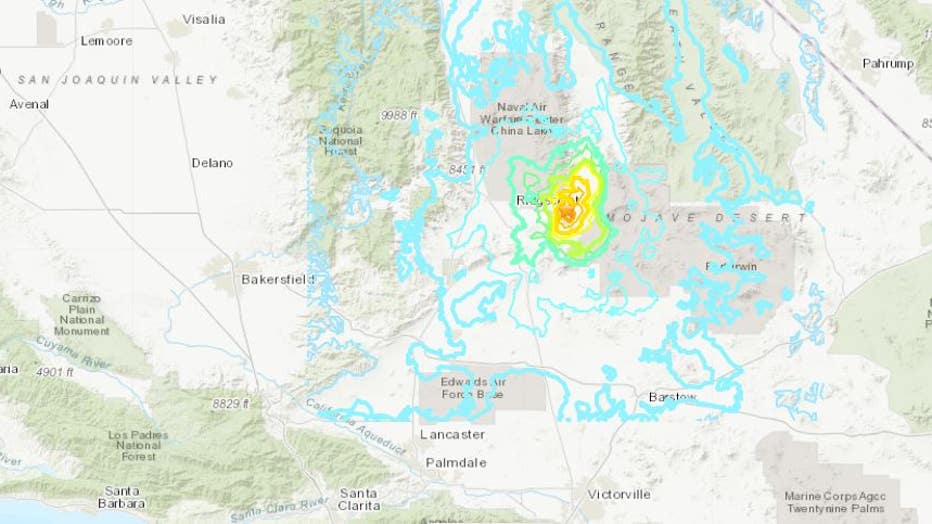 According to Dr. Jones, even though the Ridgecrest earthquake was almost one year ago, she says aftershocks this late are normal.

The USGS originally reported the magnitude of the quake as a 5.1, but then it was upgraded to a 5.5.

Caltech seismologist Zachary Ross said in a Twitter post that tonight's quake is considered an aftershock "because the rate of events per day is still way above the rate before the (July) sequence started."

The quake was felt all over Southern California from Riverside all the way to Orange County.

RELATED: Are you prepared for an earthquake?

Another 3.2 aftershock was felt at 6:52 p.m.in the same area and there were also quakes in Trona which is within the same region.

RELATED: Quakes push Californians to prepare for the next big jolt

No injuries or damage have been reported.