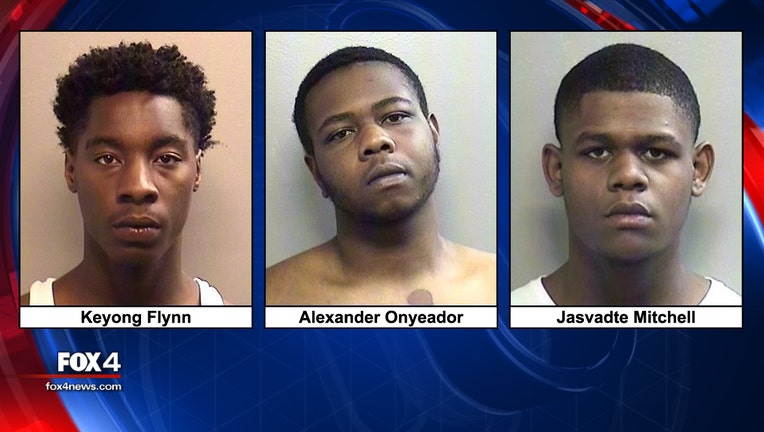 According to an arrest warrant affidavit, Strather was outside a friend’s house near Bowie High School with two other people on Oct. 17. Another group drove up, got out of the vehicle and walked up to them in an aggressive manner.

The teenagers began fighting. Police said Flynn pulled out a gun and shot Strather as he tried break up the fight and help one of his friends. Strather was killed by the gunfire while his friend was injured in the leg.

More: Arlington student was breaking up fight when he was shot and killed, police say

Another witness saw Onyeador pull a gun from his waistband and give it Mitchell, who may have also fired shots, police said.

Police said the suspects are high school dropouts who did not attend Bowie High School. 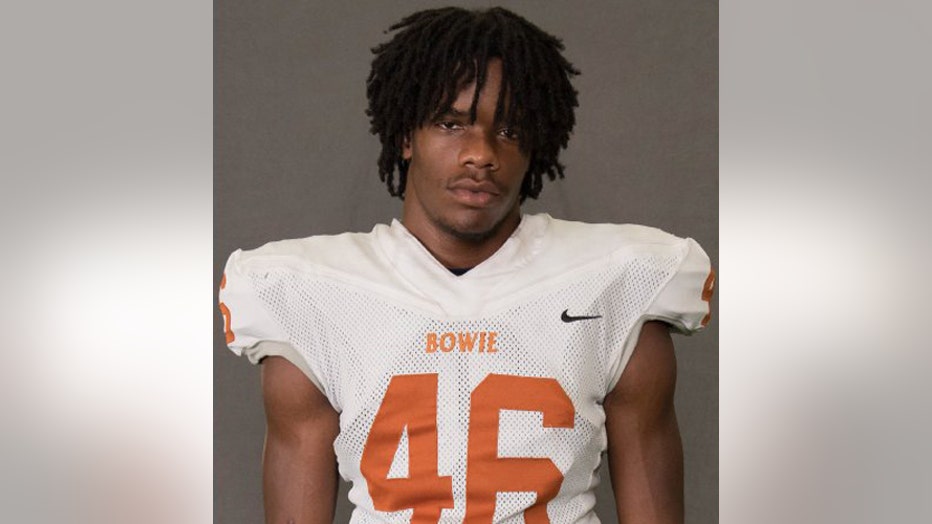 Strather was a talented defensive end on the Bowie High School football team.

Instead of watching him play under Friday night lights, his friends and family members released balloons in his memory.

“He was just a big brother to me. Playing football with him, he was a good teammate, never let nobody down. You’re feeling down, he’ll talk to you, bring you back up,” his friend and teammate, Jayden Jones, said.

“He was always a person that he would see in the hallway,” said student Desiree Otina. “He would check on you. The nicest person and a good friend.”

Strather’s friends and family said he would’ve done anything for his friends, including jumping in to break up a fight as police said he did.