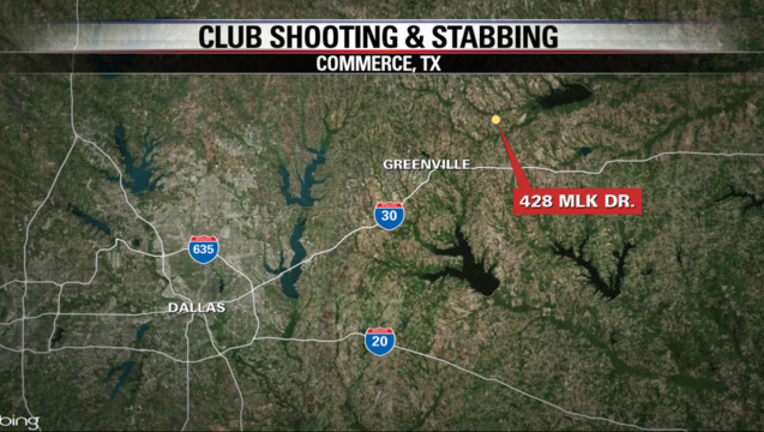 Three people were shot and one person was stabbed at a crowded night club in Commerce, which is about 70 miles northeast of Dallas.

It happened just before 4 a.m. Sunday at 428 Club on Martin Luther King Drive in Commerce.

Police said several rounds of shots were fired. Three people were hit and one person was taken to a local hospital with a stab wound to his arm.

One of the gunshot victims was airlifted to a Dallas hospital in critical condition. Police said the bullets hit the person in the head.

Police do not yet have a good description of the suspect. The Texas Rangers are helping with the investigation.