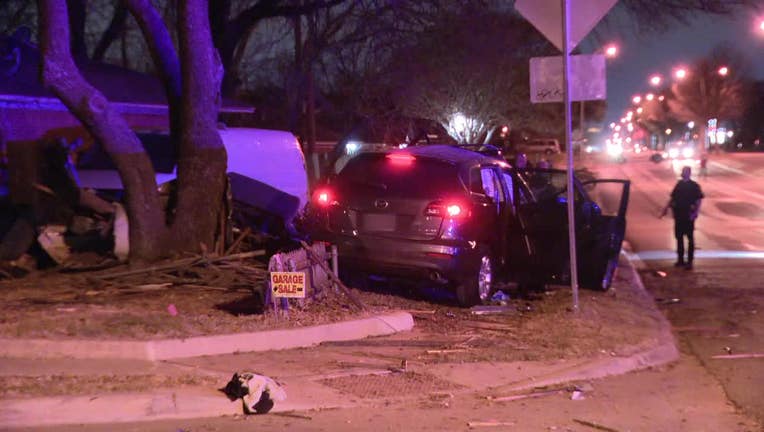 Police said the single-vehicle wreck happened at about 11 p.m., when a driver lost control along Royal Lane, near Harry Hines Boulevard.

The vehicle ended up hitting a fence and a tree.

Firefighters had to use special equipment to remove the three people trapped inside the vehicle.

They were all taken to hospitals.