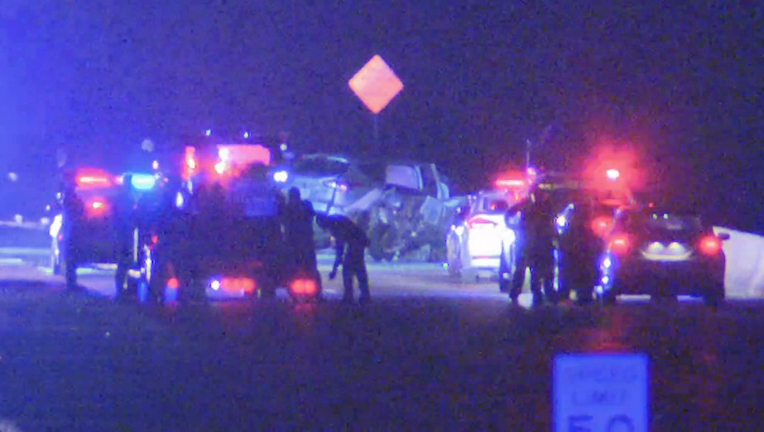 DALLAS - Three people were killed and another was badly hurt in a head-on crash in southeast Dallas Tuesday night.

Police said the accident happened around 8 p.m. after the driver of a white Nissan Altima cross over the center median on Great Trinity Forest Way, east of Interstate 45.

The car collided head on with a gray Ford Escape. It split in half and part of the vehicle fell about 50 feet off the bridge into the grassy area below.

All three people in the car were ejected and died in the crash. They included a 28-year-old male and two other unidentified males.

The 22-year-old male driver of the SUV was rushed to the hospital in critical condition.

The victims’ names have not been released.